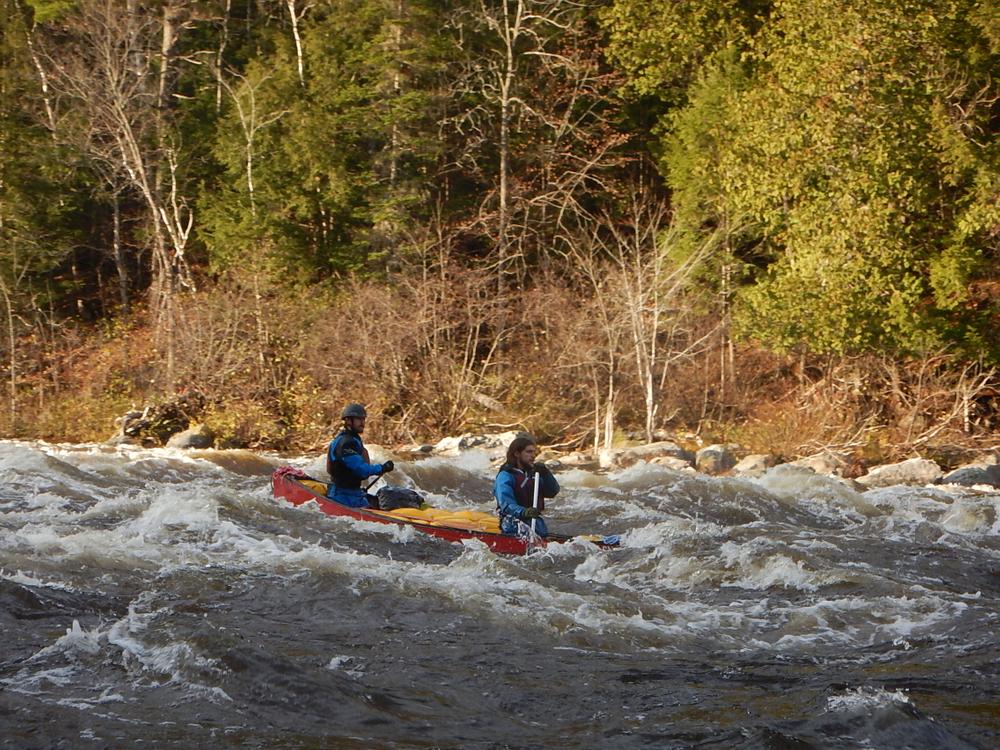 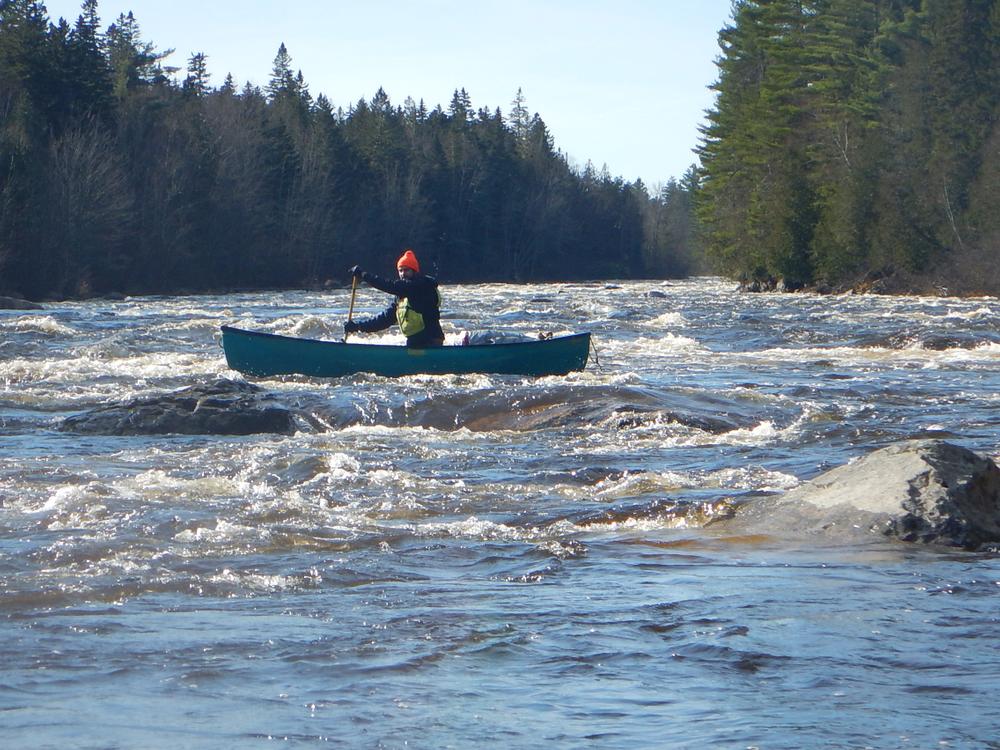 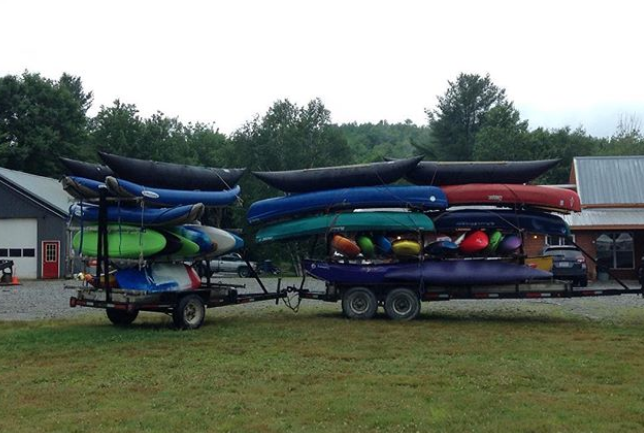 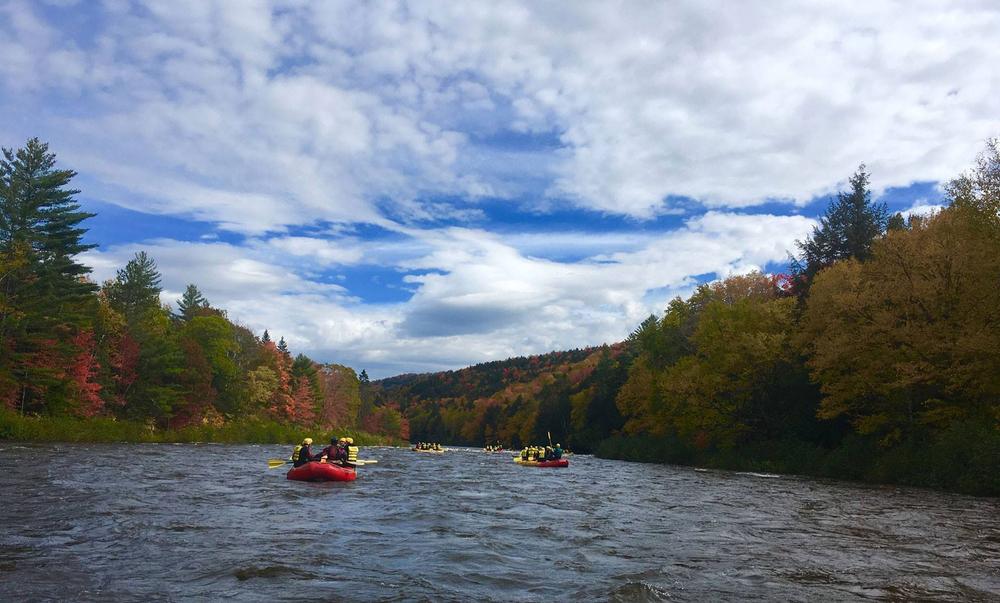 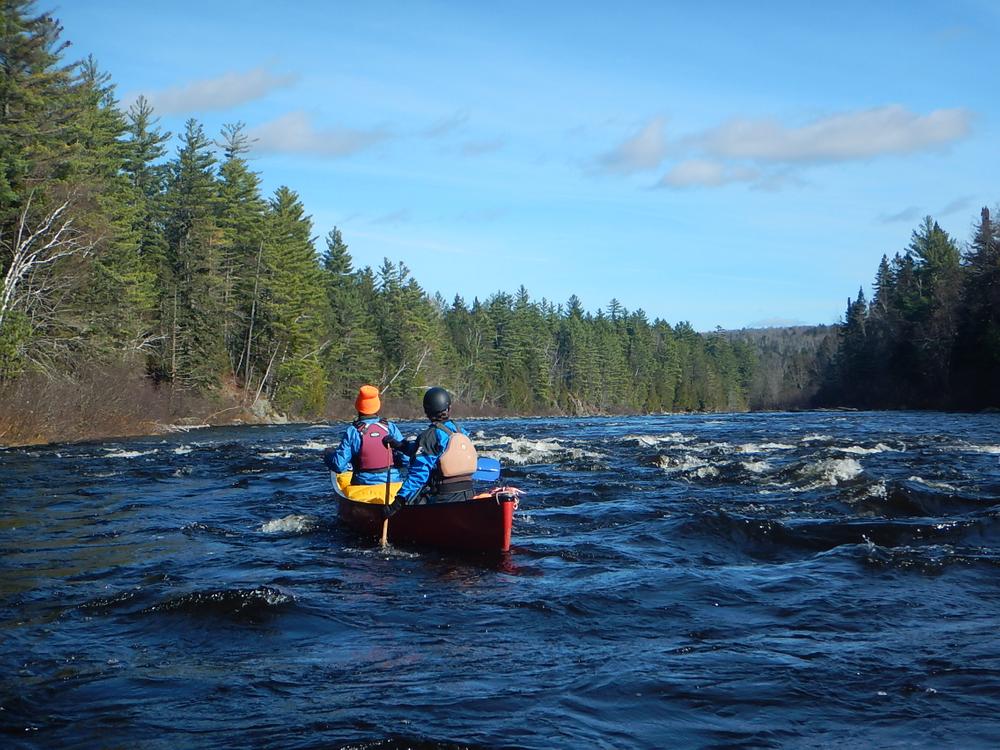 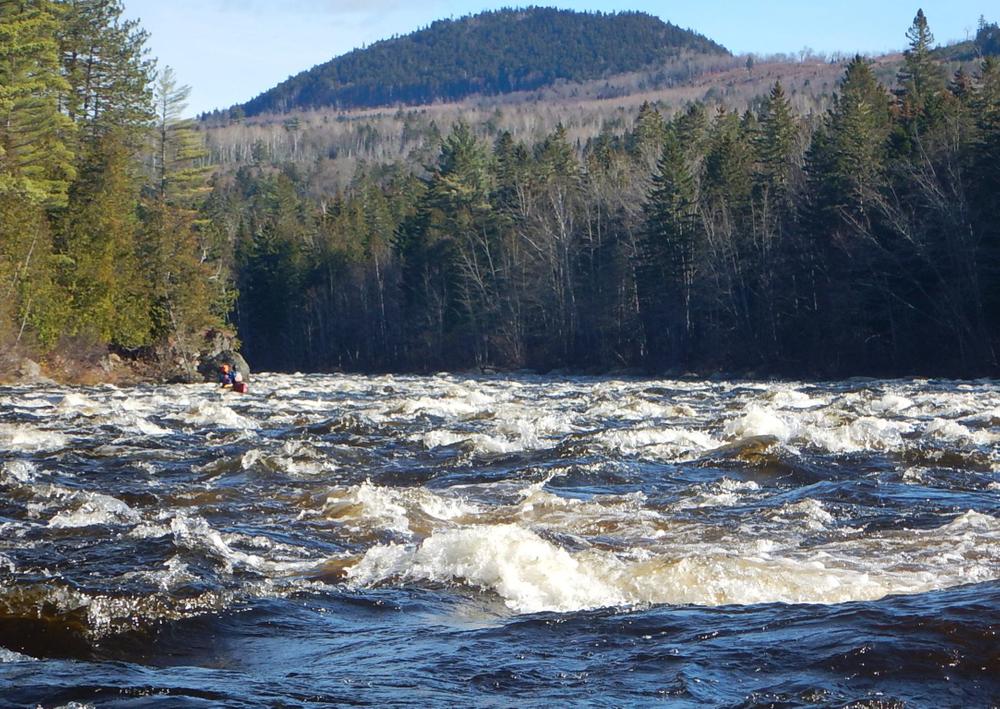 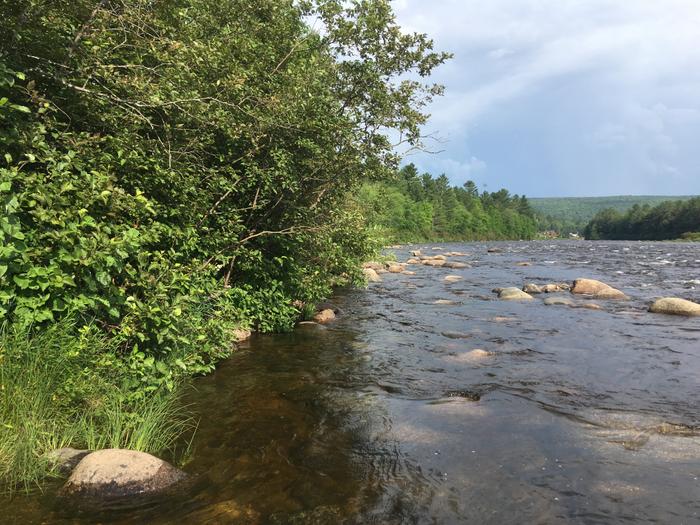 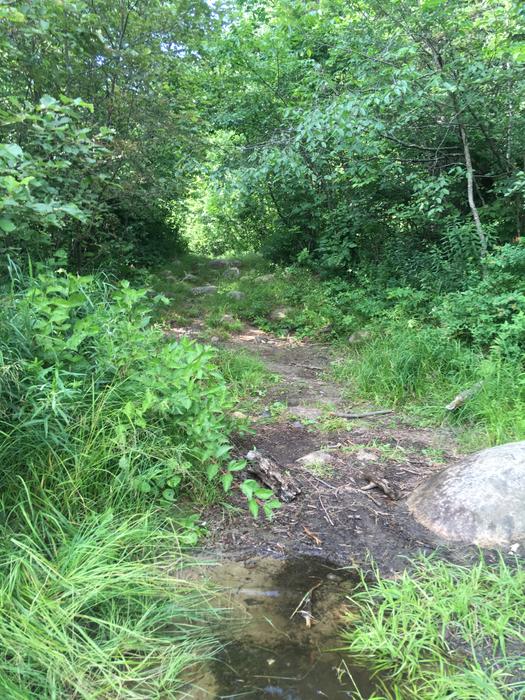 The Dead River might be thought of as a western branch of the Kennebec River, having its headwaters along the Canadian boundary and in the 4000-foot mountain peaks of western Maine. The Dead River’s north and south branches combine in Flagstaff Lake, which was formed by Flagstaff Dam in 1949. Water releases from this dam, varying from 900 cfs to several thousand, bring joy to paddlers throughout the summer.

Spencer Rips (Class III) is the first rapid shortly below the put-in. Like many rapids on the Dead there are numerous routes, but for Spencer Rips, most people favor center and try to avoid the largest waves on the right side. A pool below this rapid allows paddlers to regroup. The first half of the Dead River trip includes many rapids such as Hayden’s Landing and Basin (both Class III), and numerous others rated Class II or III, keeping paddlers alert. The Gravel Pit put-in is about 5.75 miles below the upper put-in, in this section of mixed Class II/III rapids and quickwater.

About halfway down the river, Enchanted Stream, a significant tributary, enters on the left. Many people take a break or lunch here before the river becomes more intense downstream. Once you leave Enchanted Stream, be ready for numerous strong or very strong rapids, keep an eye out for rocks, and expect technical maneuvering. From this point onward the gradient increases, starting with Enchanted Rapid and a play feature on river right called Elephant Rock (Class II-III).

As the end of the Dead River Run nears, there are two final rapids: Upper (Little) and Lower (Big) Poplar Hill Falls. These rapids are the most powerful, a vigorous Class III sometimes bordering on Class IV. Experienced paddlers can find somewhat easier routes through the mayhem, most often on river right depending on the water level, but be careful not to get into pockets that have no exit. After Lower Poplar, the Dead River calms to quickwater and Class I rapids until the public take-out on river left.

Suggestions for running the Lower Dead:

Check out this aerial overview video of the Dead River Run at a higher water level (5500 cfs) to get a sense of the river.

Be Considerate of Other Visitors
Be aware of and limit the noise you and your group generate. Enjoy the sounds of nature.
Directions

Shuttle services centered around West Forks (the end of this trip) are a popular and affordable way for paddlers and their boats to get to the put-in at the mouth of Spencer Stream without having to make multiple trips.

To run your own shuttle, continue north on US-201 through The Forks and turn left on Lower Enchanted Road. Follow this road for 14 miles to reach the put-in, which is shared with commercial rafting companies and has ample parking at the put-in and about 1/4-mile up the road.

There is also parking at the gravel pit 5.75 miles downstream from the Spencer Stream and Dead River confluence. To access this put-in, turn left after traveling 9.5 miles from US-201. Follow this logging road 1.6 miles to a widened parking area. Follow a trail 150 yards down a steep bank to the river.

Turn left onto Dead River Road off of US-201 in West Forks and then immediately left for the public parking area and take-out.