Interested in learning more about trails in Maine? Check out the newest articles in MTF Stories!

This stretch of the Penobscot River is 200-300 yards wide with three or four rapids and long stretches of shallow, moving current. The width of the Penobscot River allows paddlers to choose from many possible routes rewarding those with good river-reading skills. For those wishing to avoid the whitewater sections of this route, optional portages are described.

The Bashebez race course starts at the north end of Indian Island with a short section (1 mile) of flatwater to a mandatory portage around the Milford Dam, putting back in at Binette Park in Old Town. Binette Park offers public access to the river and is the best put-in for recreational paddling this section of river. Depending on the water level, it may be possible to stay in the river right channel, navigating the French Island Rips, or to head straight out slightly upstream from the park, around a small island to the main channel of the Penobscot, and Shad Rips. The next feature is Great Works Rapid, site of a former dam and paper mill, with three large log/rock cribs that are visible from some distance. It is generally flatwater with occasional rocks and rips between here and Basin Mills Rapid in Orono, with more mixed rips, fast water and flatwater between Orono and the Veazie Rapid. The area around the old Bangor Dam, upstream from Eastern Maine Medical Center can include challenging whitewater and hazards at low tide. Flatwater to the take-out and parking area.

The descriptions below are based primarily on local paddlers' experiences at three Bashabez Races and two ACA Whitewater Downriver National races; all five events have been at flows in the range of 3.0 to 4.5 feet -- medium flows. For more info on determining water flow, see "Flow Information" section below.

For paddlers of average ability, in typical 16-18 foot canoes, outfitted for whitewater with airbags, grab loops, and a bow/stern line, 5 to 7 feet would be a prudent maximum flow. Several paddlers have experience at 10 to 12 feet -- high flow -- and, as is often the case, lines start moving closer to shore: river left at Shad Rips and Great Works; far left or far right for Basin Mills; far right, right of the Wing Dam (parallel to the river) at Veazie Rapid.

French Island Rips (right channel): At medium flow, follow current under railroad bridge. The easiest, safest line is on the right shore, a wave train at most levels. At low water (less than 3.5 feet) you will see lots of rocks and will need to select a route nearer the center or near French Island on the left.

Shad Rips (left channel): At 3.5 feet or lower water, paddlers should choose the Shad Rips side of French Island to avoid shallows and rocks in the right channel. At medium flow, start right of center, entering the upper part of the rapid right, exiting along a large river right eddy. The largest waves and holes are found near the center here. The left shore offers a more gradual descent at any level. These rapids can be portaged by using the city streets on French Island. Respect the property of homeowners.

Great Works Rapid: One line is to enter river left, staying center between Crib 1 and Crib 2; then, following the current in a long sweeping turn to the right, towards the largest and deeper flow, making a sharp left to exit along the left side of the large wave train. Alternatively, a faster line is to enter right of center, navigating two minor but angled drops above the cribs, and then take the final drop to the right of Crib 3, aiming to exit along the right side of the large wave train. At 4.5 feet or greater, consider a route on river left. Approach the leftmost Crib, eddy out behind it to choose the rest of your route. At higher flows of 7 feet or more, you will find enough water on the left shore to avoid the growing collection of large waves and holes in the middle and right. Great Works is best portaged in Bradley on river left where a gravel road follows the river. Follow the road through the fence and down the hill to an easy put-in.

Basin Mills Rapid: At levels above 3 feet, there is a far-left line, slow for racing but relatively easy, which avoids the major ledge drop of this rapid. A common line is to enter the drop at river center, aiming river right due to the angle of the drop where you will pass over a section of submerged log cribbing that creates an interesting slide ending in a large eddy, leading to a second, smaller part of the drop; aim to be far left of the large set of waves along the river right small island. A faster river right line, again exiting to the left of the large wave train is also popular. At high flow, there are some fun far right lines for playboaters that end to the right of the small unnamed manmade island. Basin Mills is best portaged on river right. Take out just downstream of the Stillwater River and the Black Bear Hydro station, follow Broadway to the Wastewater plant or bushwhack along the shore. The Orono Boat Landing downstream of Ayers Island is an alternate put-in to Old Town or Indian Island for those wanting to avoid the most challenging whitewater or for paddlers in loaded canoes.

Veazie Rapid: There are relatively fast lines that stay river left throughout this rapid, with rock dodging and somewhat tricky, angled small drops. A common line is to enter river right above the Wing Dam, centered between the Wing Dam and shore, but then heading left, following the larger current, dropping to the left of the Wing Dam and staying with the current, along the eddy of the dam, and exiting right, staying several meters from the downstream end of the Wing Dam, and then reading lines curving first slightly right, then left through the remainder of the rapid. In 2015, additional debris was removed from the river on the right side of the wing dam making this route friendly at nearly any water level. Veazie Rapid is best portaged on river right. Take out upstream of the Wing Dam and carry down Veazie Street to put in downstream of the park at the site of the former hydro station.

Eddington to Brewer: This 7 mile section is tidally influenced and can be all flatwater or a continuation of fast water punctuated with several exciting rips and sections of standing waves.

Just downstream of the ‘Pipeline’ the river turns to the right. At low to mid-tide and flows greater than 3.5 feet, you will encounter some large waves and swirling currents for several hundred yards. Choose your route carefully to avoid swamping. As with most parts of the river stay on or close to either shore for the safest routes. Treat’s Falls (old Bangor Dam) just upstream of EMMC complex can range from dead flat to an impressive half-mile of large waves and holes at high water and low tide. Some dam remnants remain here in the right half of the river, but are only noticeable at low water and low tide. The deepest water and largest waves will be found on the left side. Portage Treat's Falls on river right, following the railroad tracks to put-in options downstream of the brick buildings.

Helmets are recommended. Depending on water flows and tide near the finish, this route could take 2-4 hours. The Penobscot River is an industrial river and industrial debris exists in the Great Works, Basin Mills, and Veazie rapids -- please take caution.

Below the Milford Dam, this stretch of the Penobscot River has been recently restored to preindustrial free-flowing condition through the removal of two dams (the Great Works and Veazie Dams). The river has been essential to people here for thousands of years, for sustenance, traveling, and industry. Now, with this stretch returned to a more natural state, this large river can again support a vibrant ecosystem and exciting recreational opportunities. To learn more about this historic dam removal effort, visit the Penobscot River Restoration Trust.

This route is raced annually in early August as the Bashabez Penobscot River Race, organized by the Penobscot Nation (pronounced bah-SHAY-bez). The 1st Annual "Bashabez Run" was in 2014, celebrating recent milestones in collaborative efforts to restore the free-flowing nature -- through dam removal -- of the lower Penobscot River while also sharing and honoring the history and culture of the Penobscot Nation community. The Bashabez race highlights river recreation opportunities for experienced paddlers, with a challenging course through four significant, historic rapids and long stretches of shallow, fast moving current.

The race course retraces the route of Chief Bashabez, the first Penobscot leader documented by the Europeans, from Indian Island to Brewer, where he led and met with other tribal leaders of "Norumbega," a confederation of seven or eight Abenaki-speaking Indian nations. Another historic meeting took place across the river in 1604, when Samuel de Champlain followed the Penobscot River north and as far inland as Kenduskeag (now Bangor, Maine). Chief Bashabez and thirty Penobscots aboard six canoes arrived in Kenduskeag a few days later from a northern village, and the local Penobscots sang and danced in greeting.

The first Bashabez Run coincided with the final day of a contemporary celebration of tribal culture and community gathering during Penobscot Indian Nation Community Days, held August 1-3, 2014. The race was preceded by a sacred smudging ceremony led by tribal elder Butch Phillips, with drumming and singing of a medicine song by his niece, and a blessing in the Penobscot language by his sister. The award ceremony was held during the Penobscot Pageant, a celebration of traditional song and dance.

Information on this paddling route is provided by the Maine Canoe & Kayak Racing Organization (MaCKRO). MaCKRO promotes paddling & racing for paddlers of all ages and abilities throughout Maine and New England. Join MaCKRO to help expand the sport of racing canoes, kayaks, and SUPs. 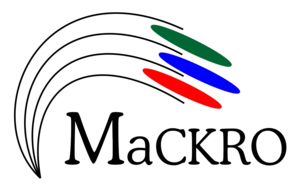 Bashebez River Race: The Bashabez River Race starts on the north end of Indian Island on Cemetery Street, with ample parking at its end. From the bridge onto Indian Island (just north of the Milford Dam), follow Down Street and then turn right onto Bridge Street. Bridge Street becomes Wabanaki Way and passes by the school and High Stakes Bingo building, and eventually becomes Cemetery Street. The Race finishes at the Brewer Riverside Park, where parking is available near the Save-A-Lot.

Bashebez Paddling Route: Binette Park in Old Town offers public access to the river and is the best put-in for recreational paddling of this section of river. Take-out river left in Brewer or river right in Bangor (see more info below).

Shuttle: The best way to set a shuttle is to leave a car in Brewer and follow ME-178 north along the Penobscot River to Milford. Take a left onto US-2 to cross the river into Old Town, then turn right onto Main Street, which leads to both the race and route put-ins. This driving route includes a few good opportunities to scout the rapids before paddling.

Safety
Be a Safe and Respectful Paddler
Paddling conditions will vary according to the weather and season, so always exercise caution and always wear a lifejacket. With good judgment and proper equipment, the risk associated with paddling can be minimized. Respect the natural world and the rights of landowners, and be considerate of other outdoor enthusiasts. Paddlers should seek to avoid causing erosion, trampling vegetation, disturbing wildlife, and harming water quality.
Photos 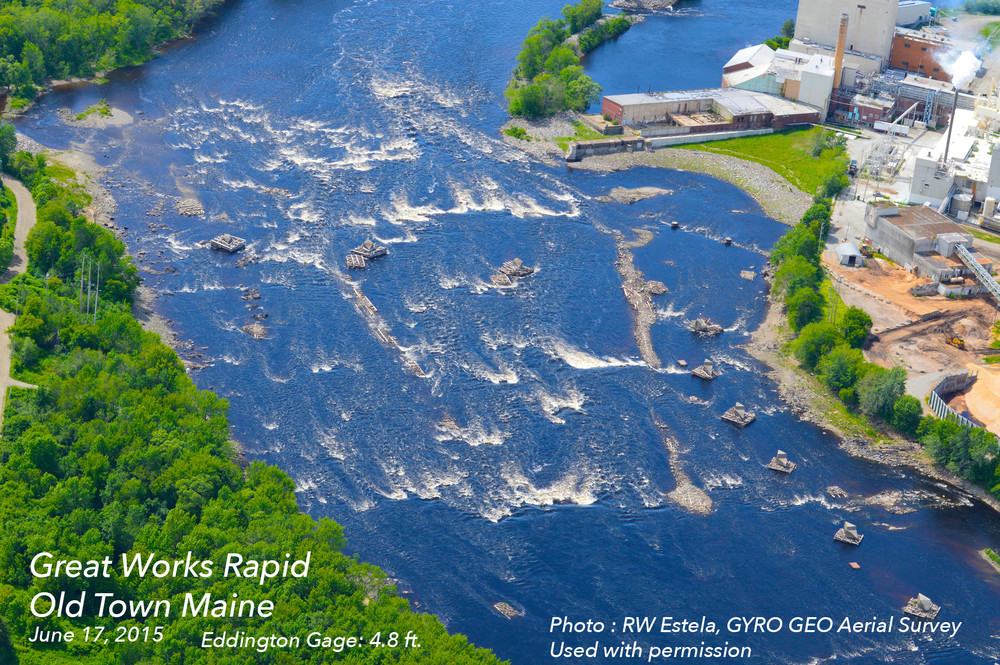 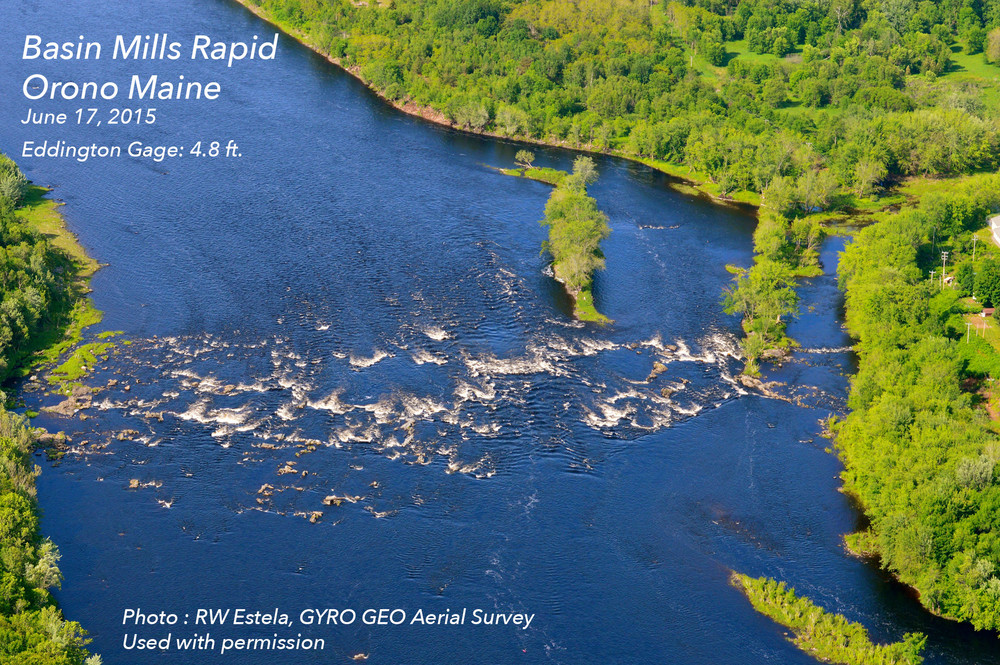 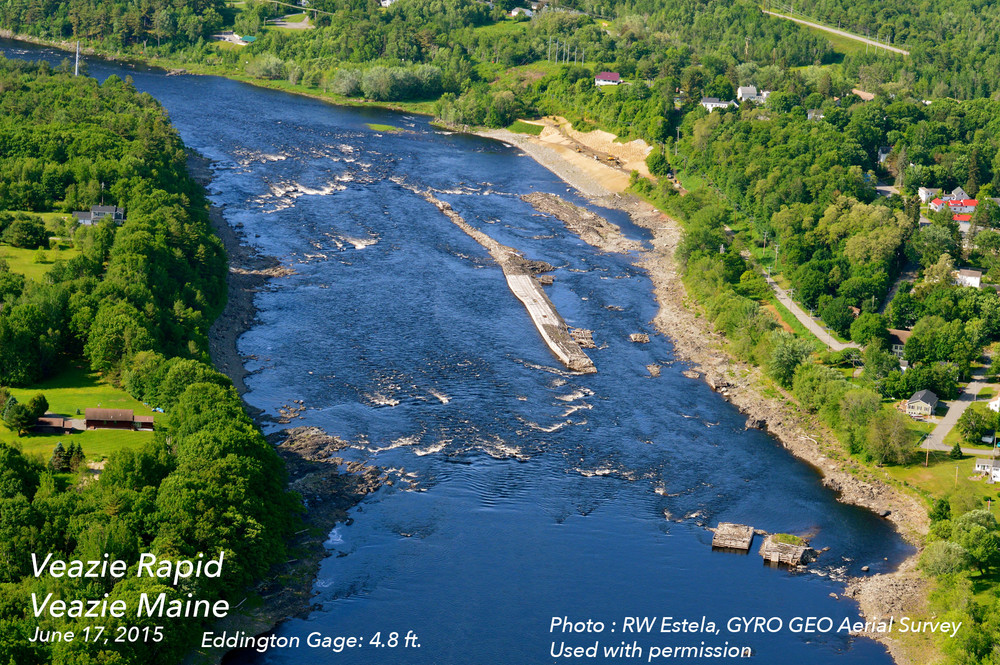 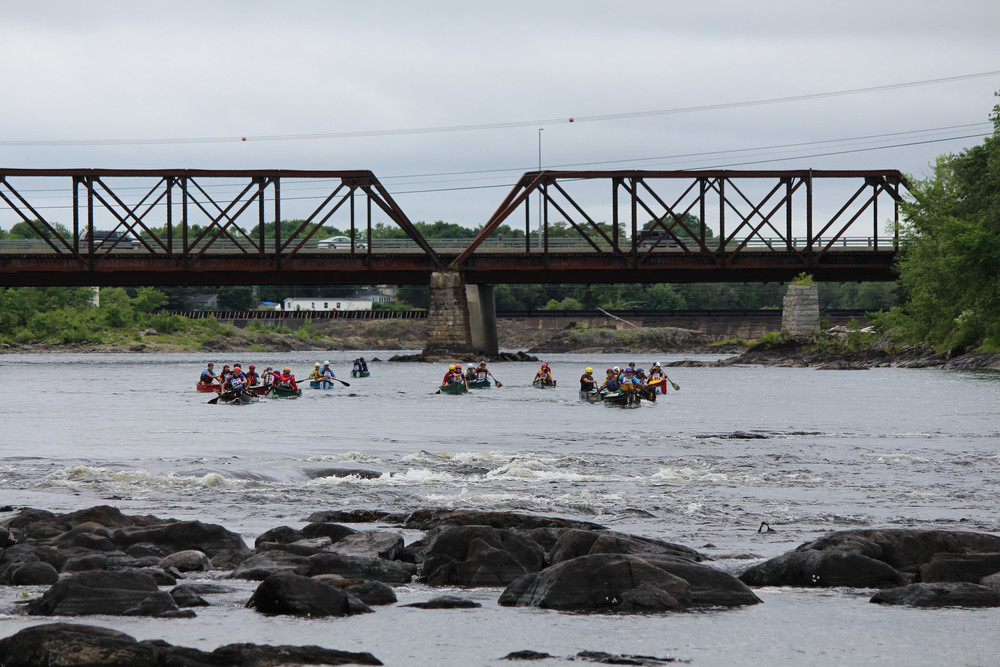 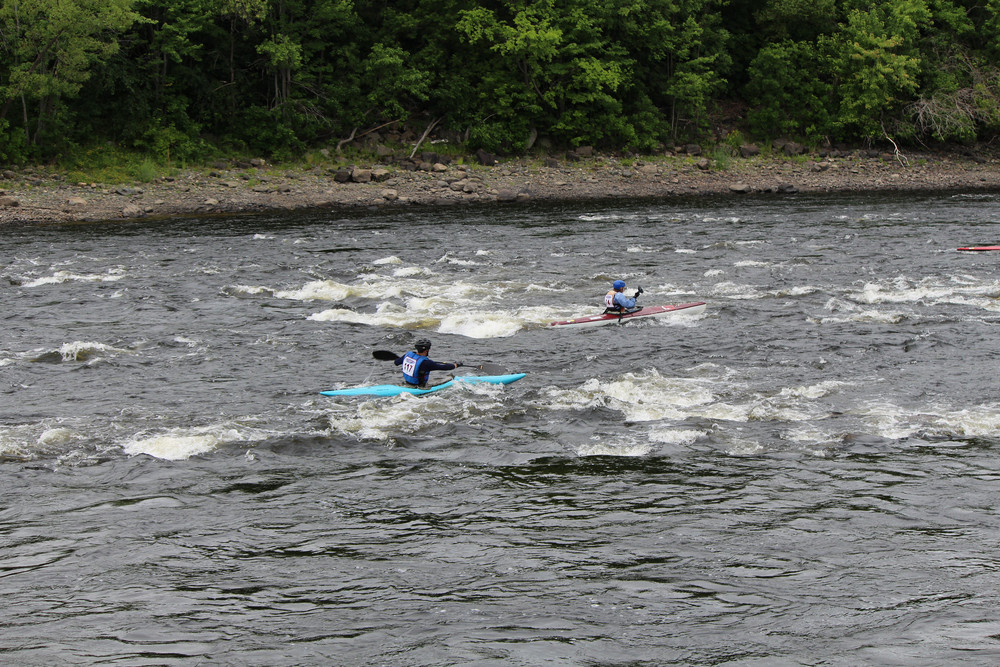 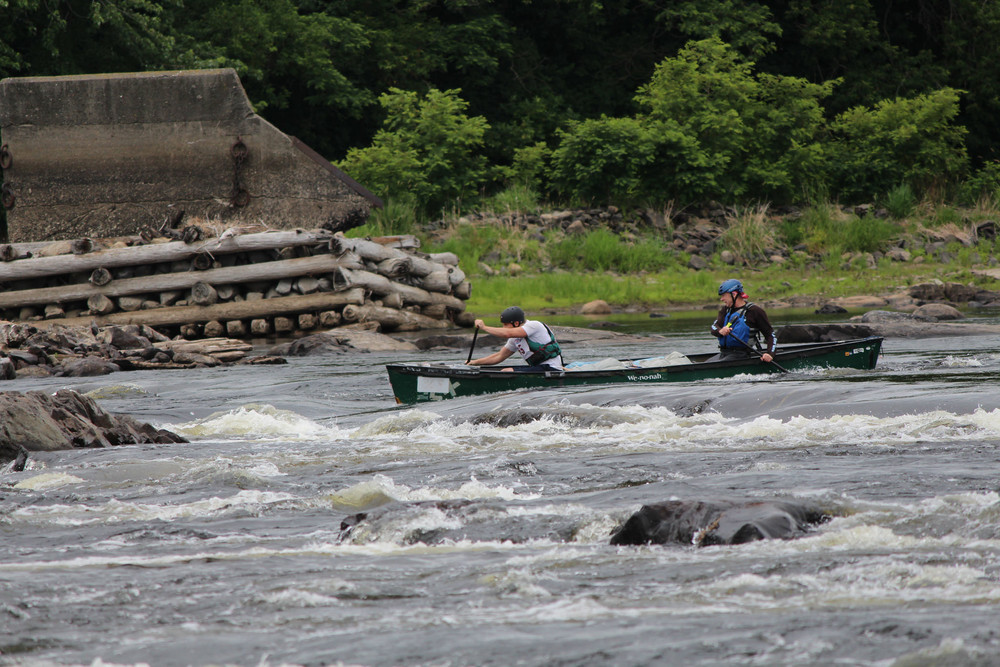 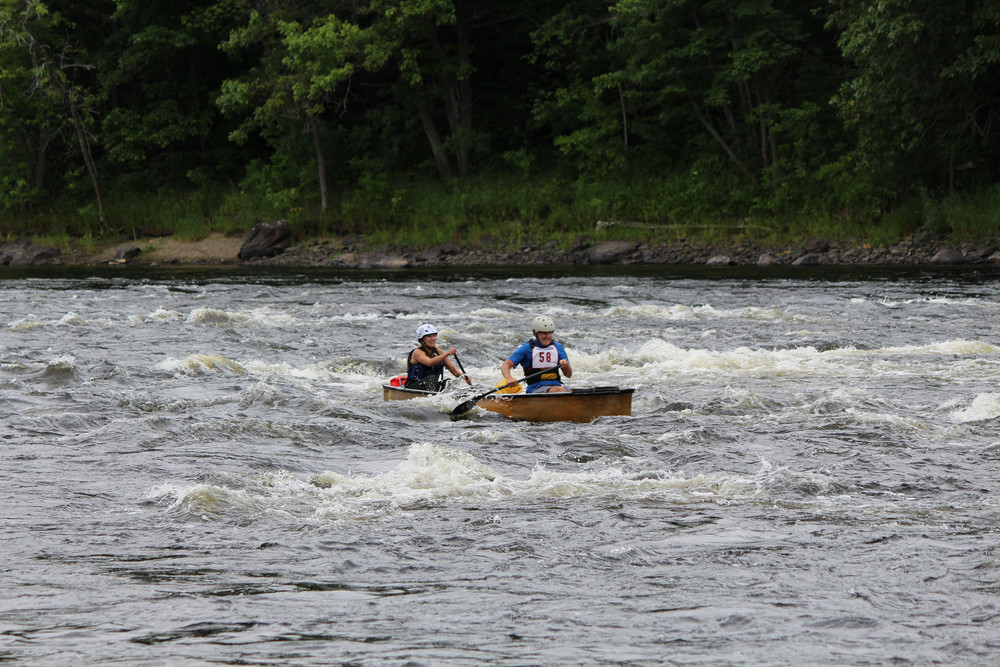 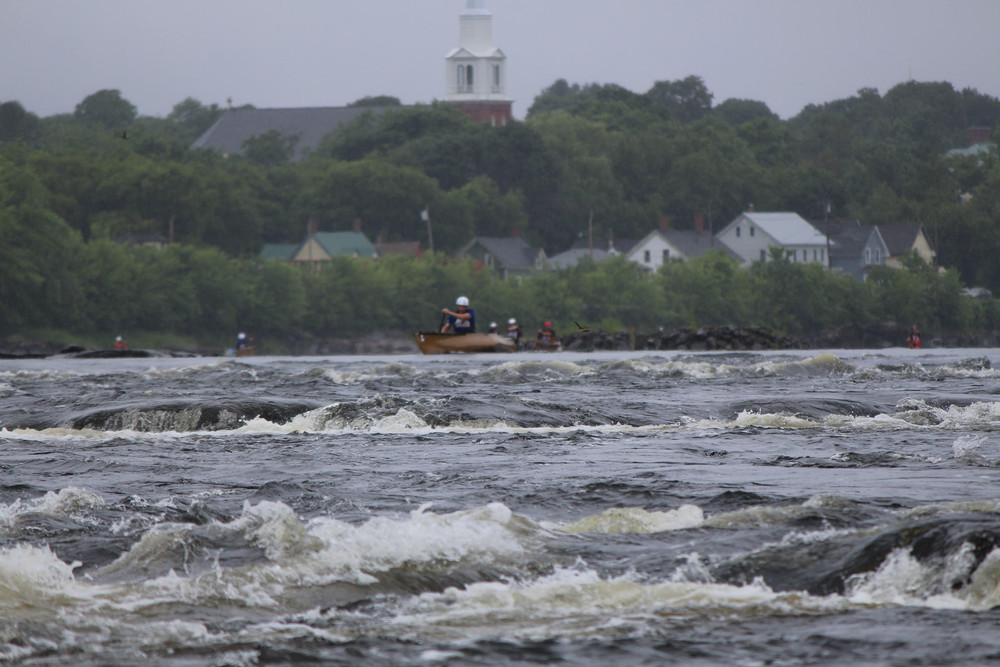 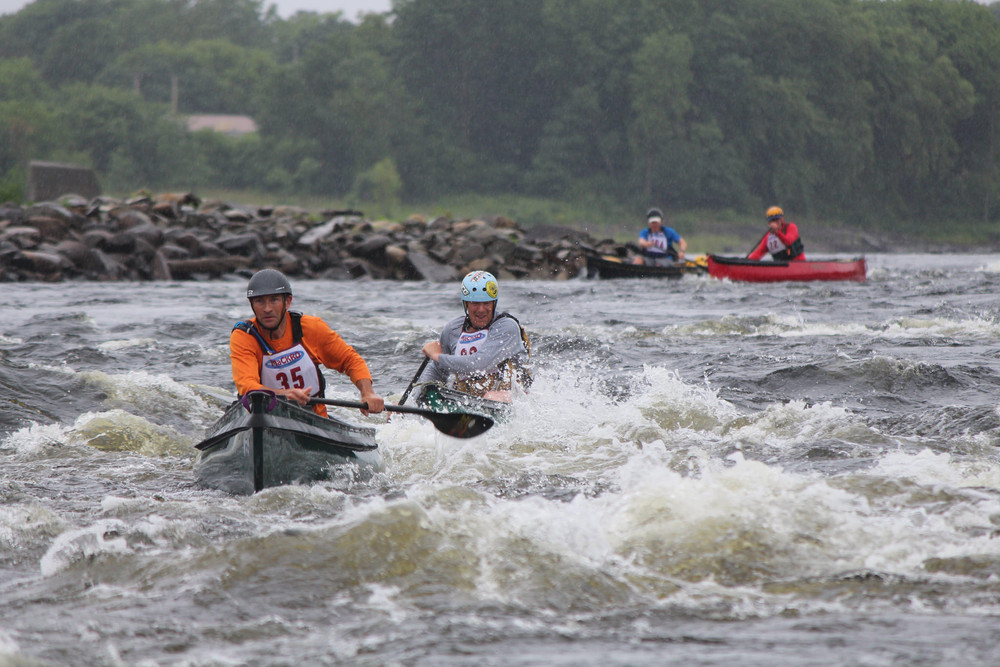 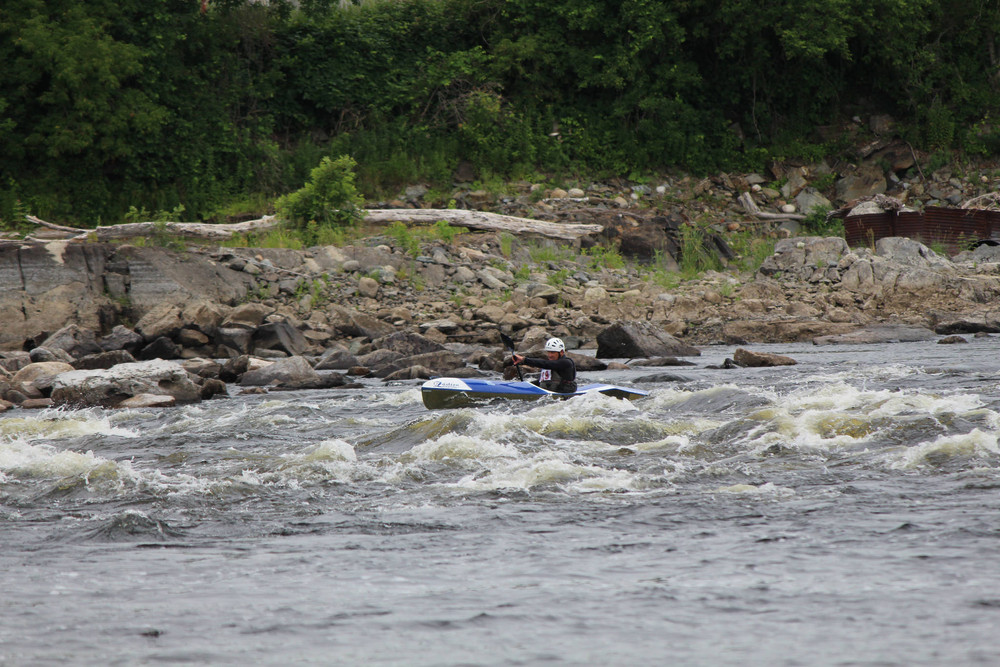 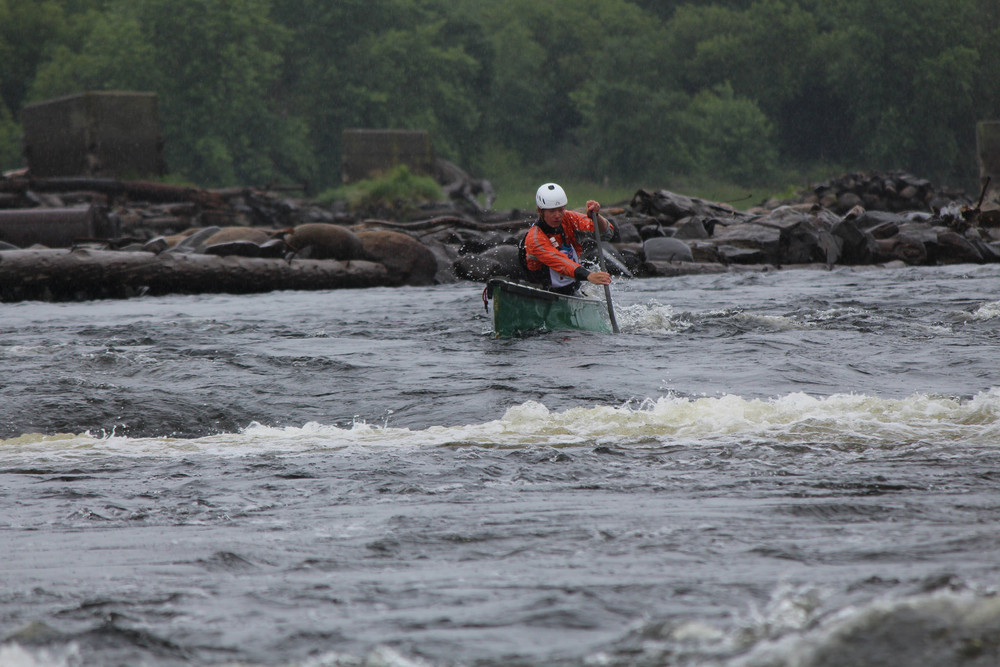