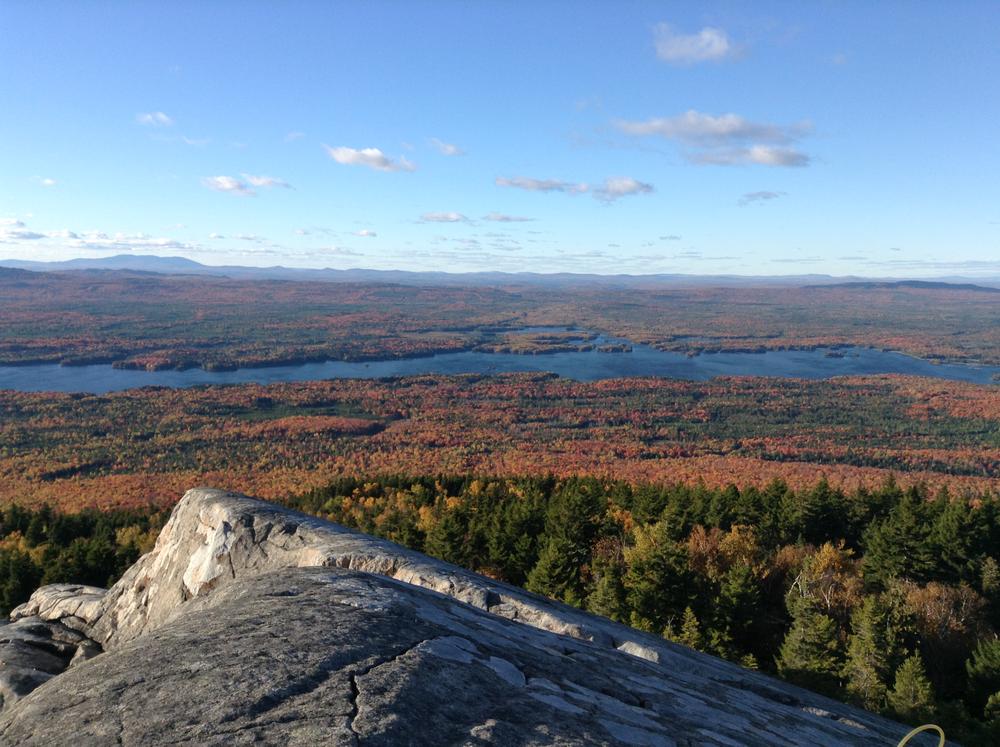 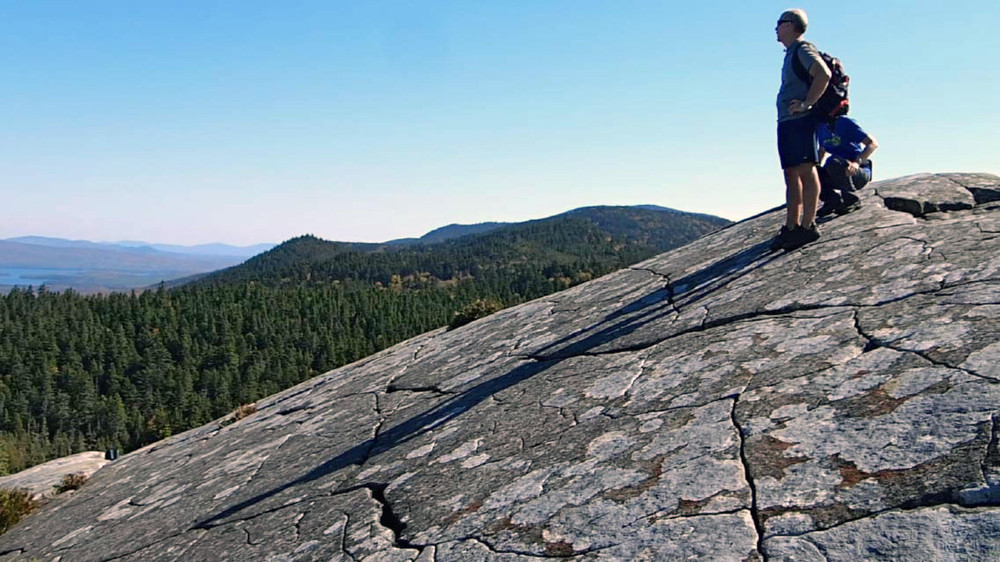 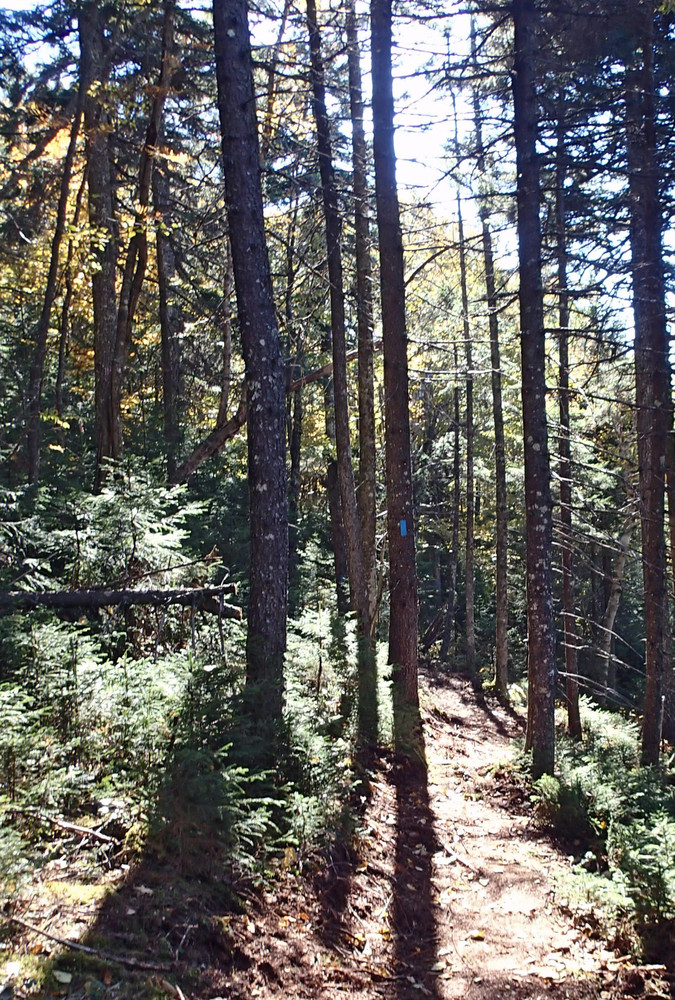 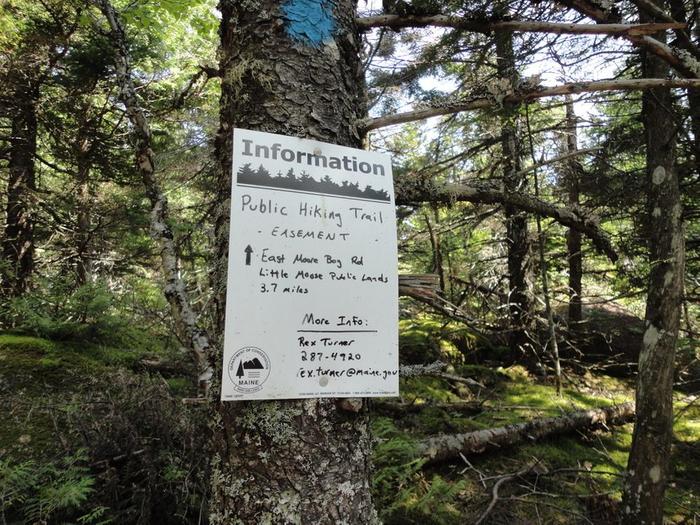 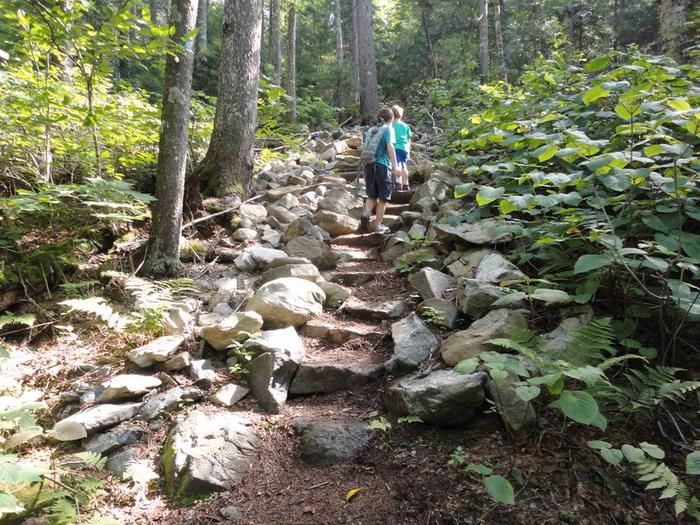 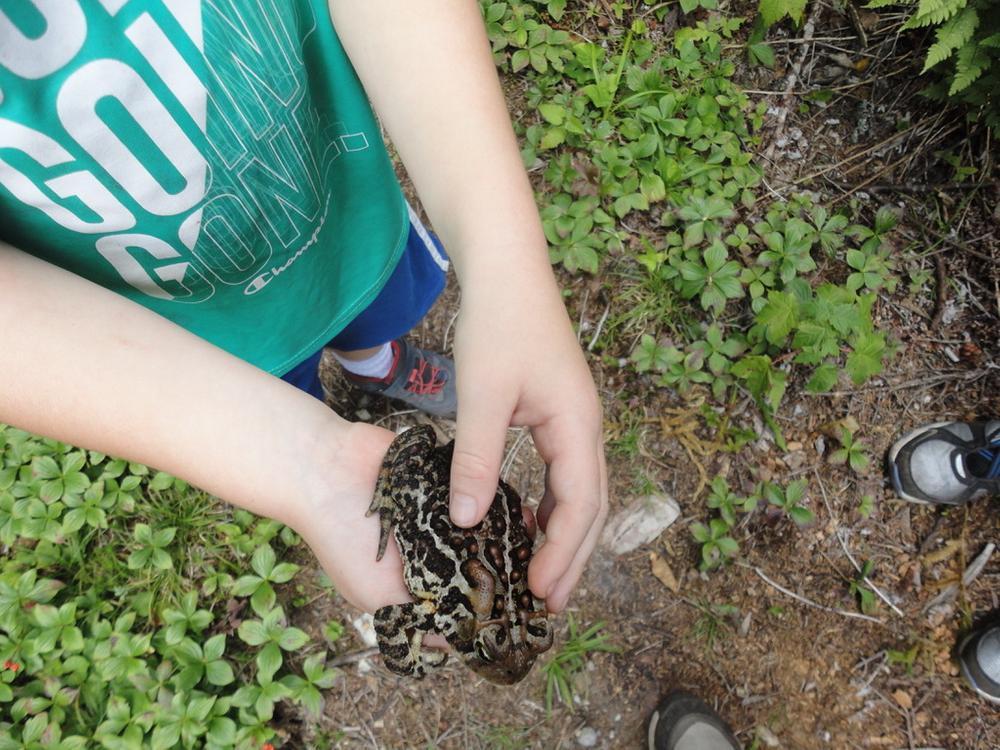 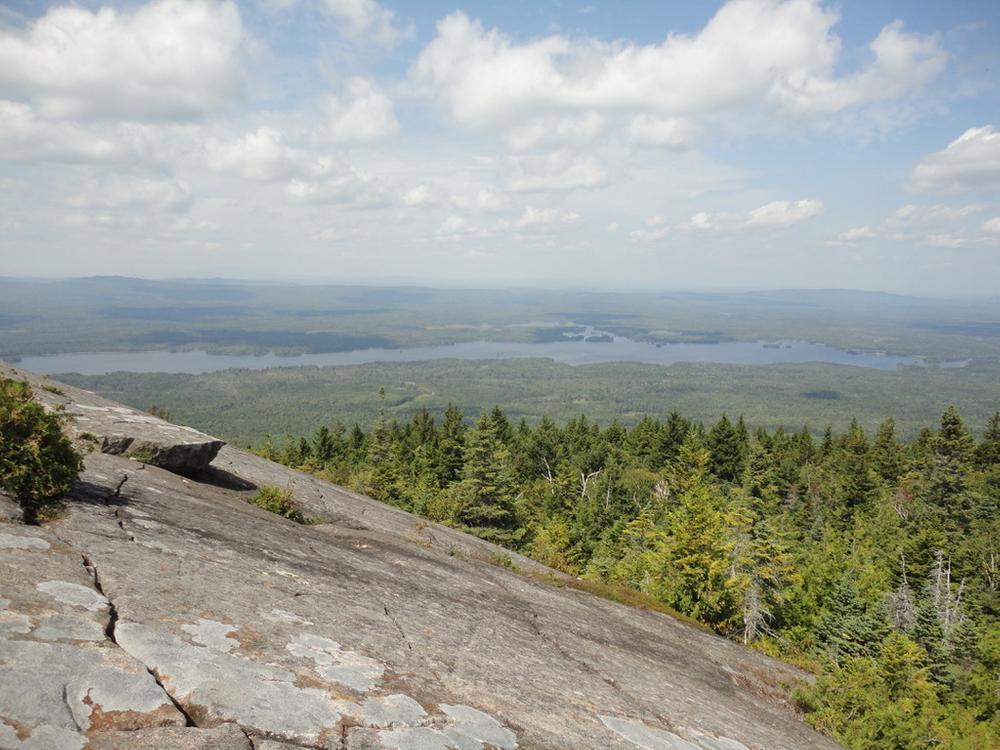 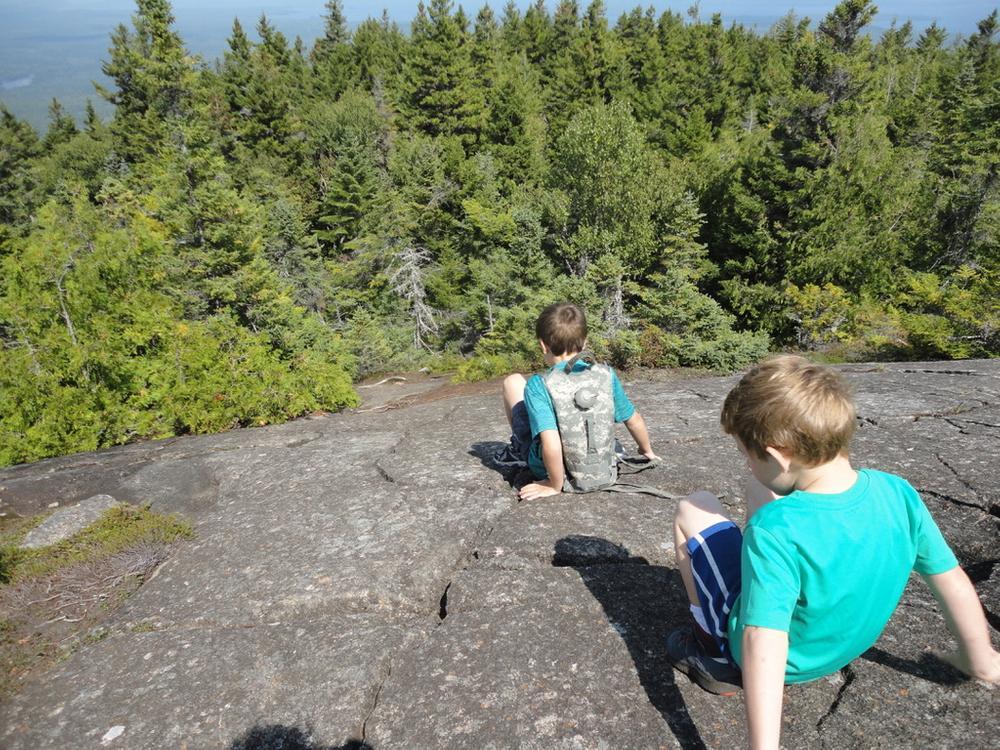 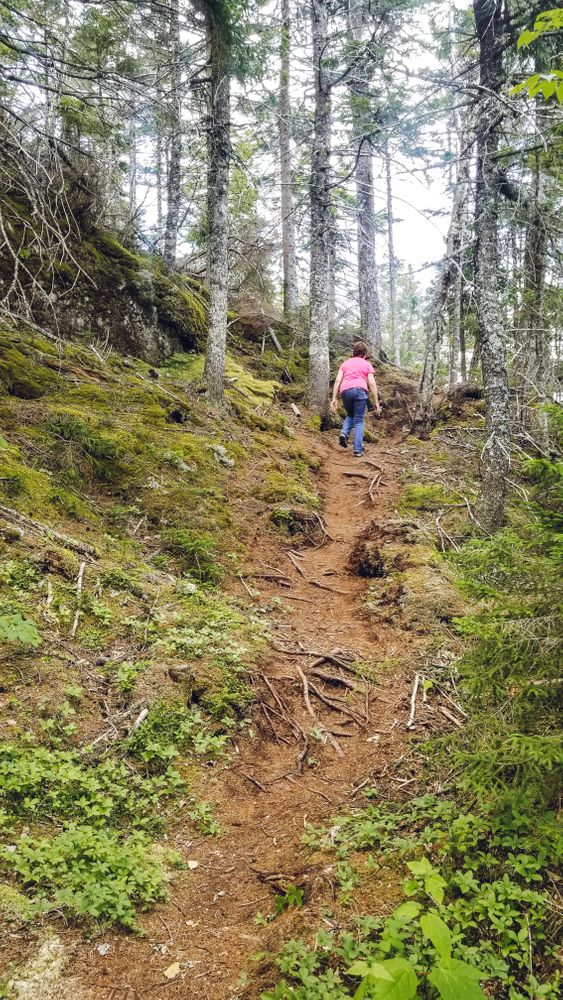 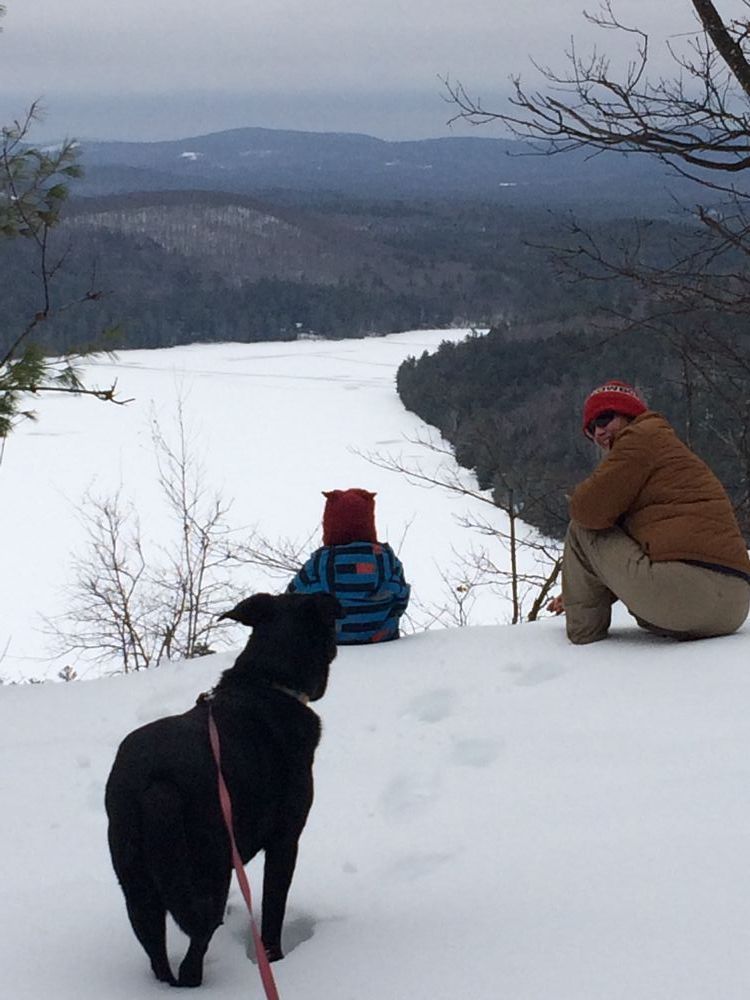 The trail is a primitive footpath originating on the Little Moose Public Lands managed by the Maine Department of Agriculture, Conservation and Forestry’s Bureau of Parks and Lands. It soon enters onto property owned by Weyerhaeuser; trail segments on private land are protected in perpetuity by a trails easement and most of the surrounding lands are part of a 363,000-acre conservation easement.

Eagle Rock, the trail namesake and destination, is a remarkable rock outcropping on the far western tip of Big Moose Mountain. A somewhat less dramatic but very scenic west-facing overlook (Raven Ledge) lies approximately a mile closer to the trailhead than Eagle Rock and can serve as a destination in itself. Settings encountered include a variety ranging from working forest to areas with little evidence of harvesting and mature forest stands. The trail surface is natural, with some rocks and roots. There is not a lot of continual steep climbing, though there are some steadily climbing sections. Overall, the trail undulates on its route to the two major vista points.

The Eagle Rock Trail was one of the first trails developed through a trails easement and grant process funded by Weyerhaeuser as part of the Moosehead Lake Region Concept Plan. Dozens of miles of other trail projects are under development as part of this opportunity, likely including linkages at the Little Moose Public Lands tying together existing day hikes including Big and Little Moose Mountains, a number of scenic ponds, and other features. These connections and associated campsites are envisioned to create a backpacking loop ideal for one to three nights of backpacking. More information on this substantial project in the Moosehead Lake Region can be found online here.

Visit ME Bureau of Parks and Lands' Moosehead Region Non-motorized Trails Planning online for more information and a downloadable map or contact:

Leave What You Find
Leave the trail work to the pros: they will add or remove blazes, cairns (stone trail markers), structures, and trail improvements as deemed necessary.
Trail Map
Legend
Hide All
Directions

Trailhead parking is located at the end of the East Moore Bog Road (off the North Road) - all within the Little Moose Public Lands in Moosehead Junction TWP & Big Moose TWP. To reach the Little Moose Public Lands, drive approximately 5 miles west from downtown Greenville and leave ME-6/15 turning onto the North Road (gravel). Drive 3.6 miles in from ME-6/15, turning onto the East Moore Bog Road and traveling another 1.4 miles to a gravel parking lot on the right, just before the road is closed with boulders.

Click on a parking icon to get custom directions
Comments (1)
Please Log In or Create Account to add comments.
christyl
Beautiful trail and very well maintained. This is our first time doing this one since the new trail was made. We had hikers in our group from age 7 to 70. I would definitely call it advanced for this area and we were all very tired when done as the whole thing is over 7 miles long. However, while there are strenuous climbs there are also a lot of level areas and ups and downs along the way that make it more doable. Plan for several hours and pack lots of water! We ran out. The views from Raven's Ledge and the top are well worth it.
Services
Map View Add a Service
These awesome businesses support our goal of connecting people to outdoor adventures in Maine!
Hang Tight!
Nearby services are loading
No Services Found
Find Services
Photos 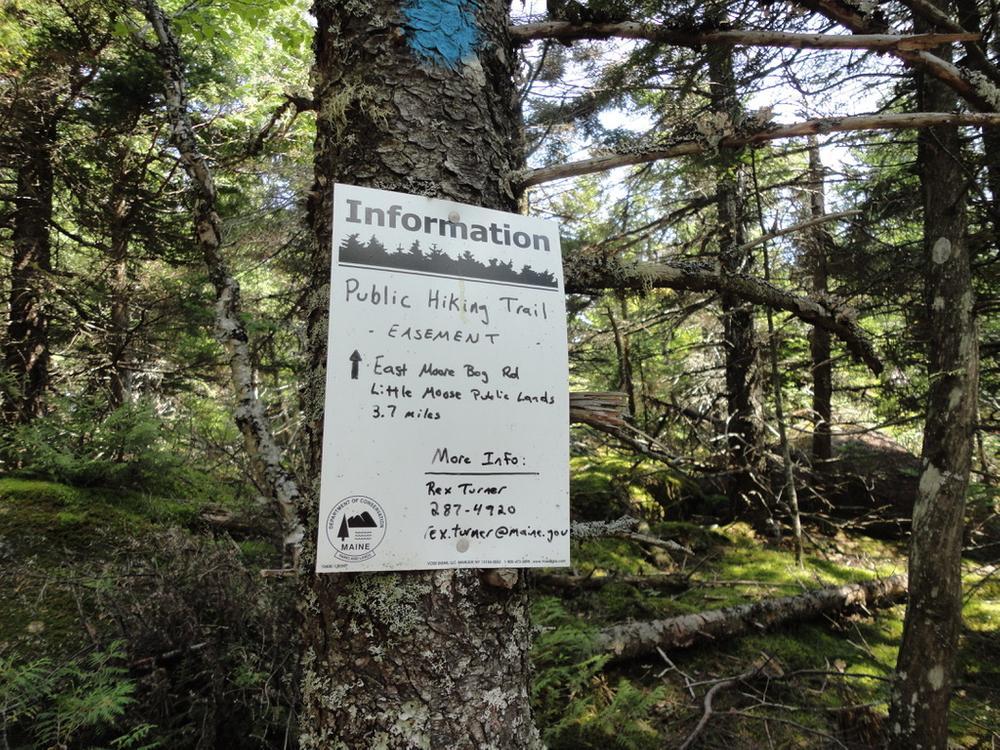 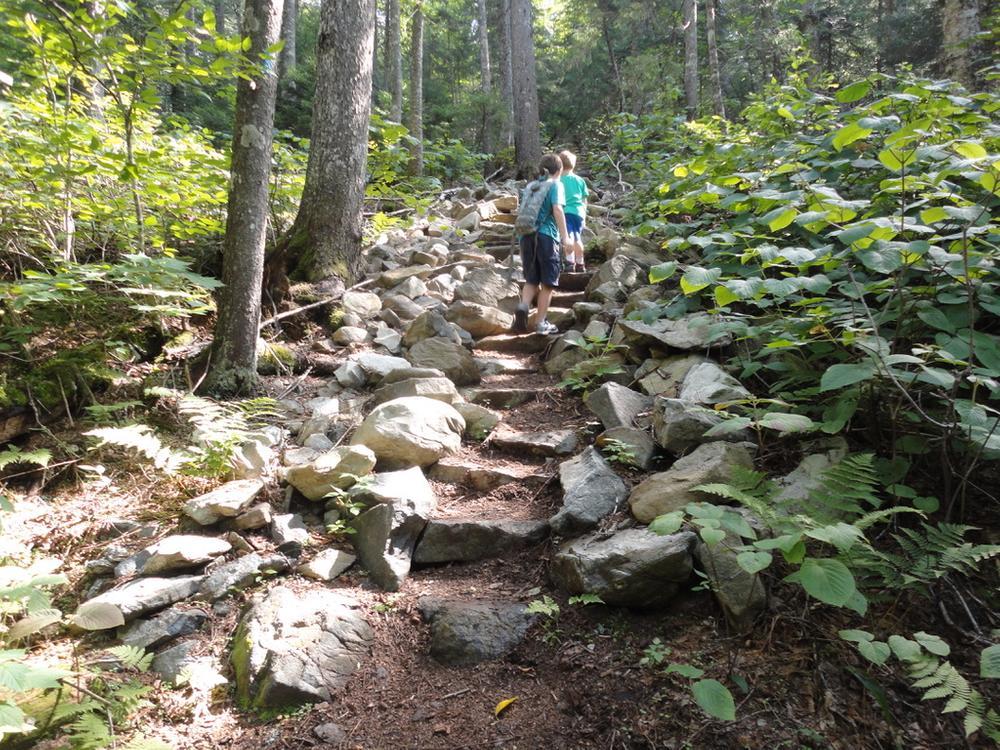