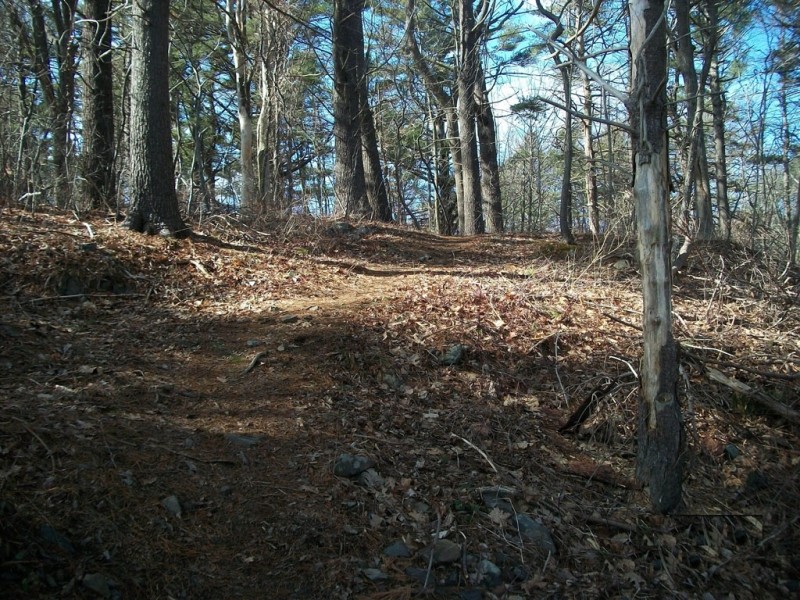 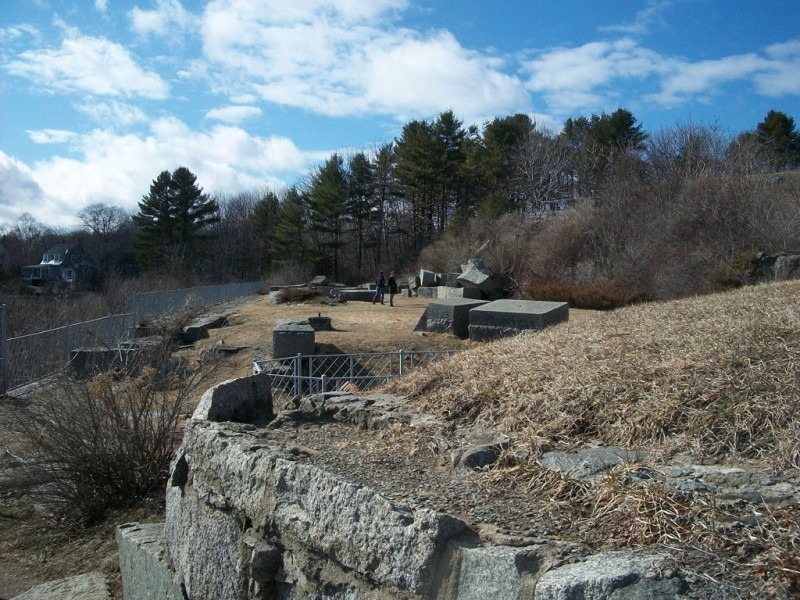 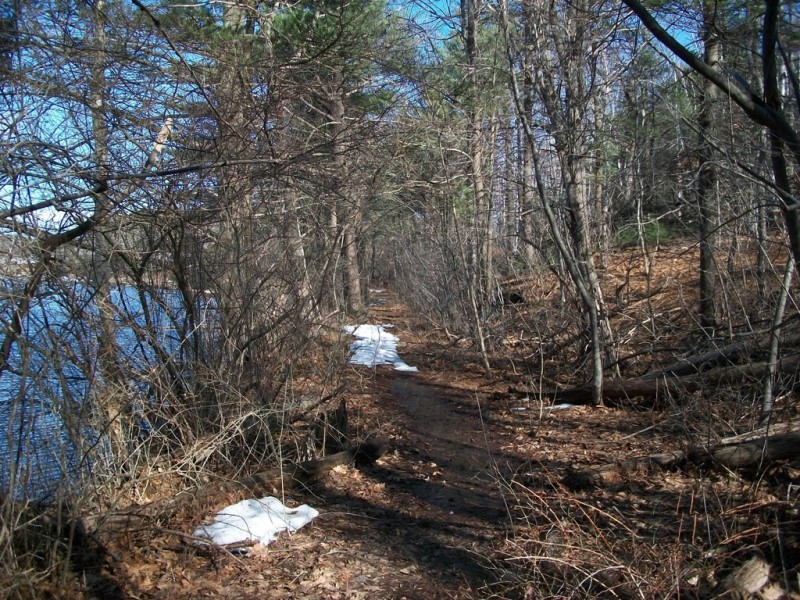 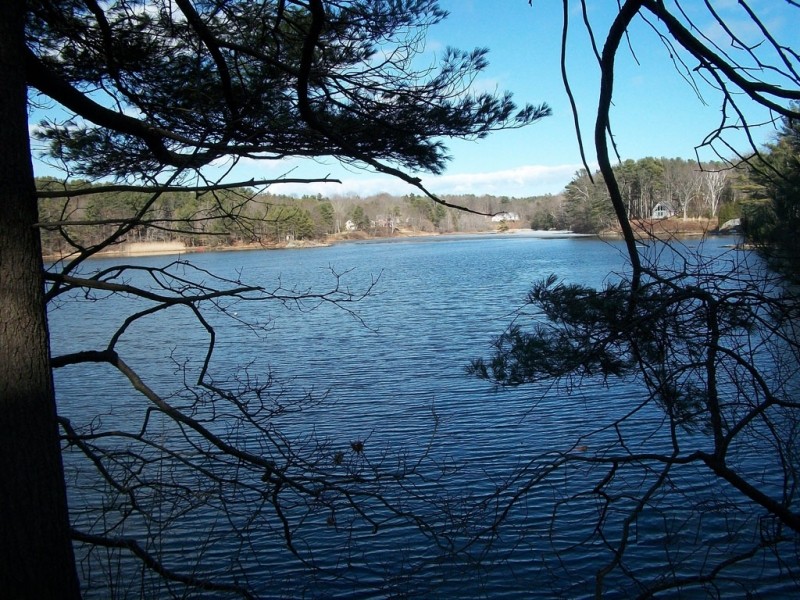 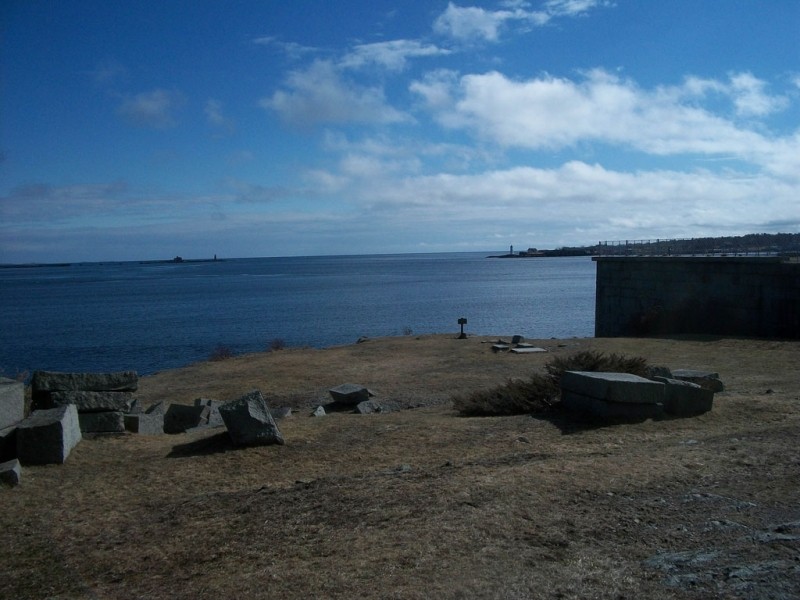 Add a Photo
For more than 275 years, Fort McClary has stood to protect the approaches to the Piscataqua River at the southern gateway to Kittery, Maine. The evidence of changing history is preserved at this fort for generations to enjoy.
Trail Activity
Length
0.6 miles, Network
Difficulty
Easy
Town
Kittery
Surface
Dirt/Forest Floor, Gravel/Crushed Stone
Pets
Permitted
Fees
Yes
Details

Fort McClary is named after New Hampshire native Major Andrew McClary who died in the Battle of Bunker Hill during the Revolutionary War. For more than 275 years, Fort McClary stood to protect the approaches to the Piscataqua River at the southern gateway to Kittery, Maine. The Fort stands today as one of Maine's most important historic forts that preserves evidence of military history and the changes that took place in military architecture and technology.

The Granite Wall located directly in front of the Blockhouse, was part of this site's fortification from 1808-1844. Fort McClary's Blockhouse is a uniquely designed military structure. Beginning in 1844, the Blockhouse took 2 years to build and was constructed in three different layers from materials in the surrounding area. Its foundation is built of mortared fieldstone, the first story walls are of cut granite, and the second story is built of squared logs. The Blockhouse here at Fort McClary was the last one of its kind constructed in Maine.

Over the course of four years, 1864-1868, the granite walls surrounding the Fort were put together as part of a plan to modify the Fort into a large enclosed structure with two tiers of cannons. Huge granite blocks lie scattered about as a symbol that the work was never completed. Near the end of the Civil War, advancements in weapon technology made this structure obsolete.

There are five other structures on the grounds that were either in the original plans or were built later as modifications to the Fort. The Magazine Building, used to store the soldier's gunpowder, was built around 1808 and is said to be the oldest structure on the site. A Barracks used to stand on the Fort grounds beside the Magazine; it was constructed in 1808 and remained into the 1900's. The Barracks were the sleeping quarters for soldiers stationed here. Two caponiers, that are unfinished, are located in front of and behind the Blockhouse. Another addition during the years of 1864-1868 was the Granite Powder Magazine which was designed to hold the powder for use in the cannons.

Fort McClary did not host a note-worthy battle, but to its credit it was manned during five significant wars including; the Revolutionary War, War of 1812, Civil War, Spanish-American War, and World War I. This Fort is an important piece of history that should be recognized as a symbol of how much the first European settlers cared about protecting this country no matter the circumstances.

Visitors of Fort McClary are welcome to wander about the various structures seated high above the Piscataqua River. In particular, the hexagonal Blockhouse and caponier offer spectacular views of Portsmouth Harbor Light and Pepperell Cove. A 0.3 mile walking trail offers a bird's-eye view of the Magazine and a wooded passage to Fort McClary's picnic and playground facility across Route 103. The trail proceeds on to provide a relaxing stroll along the tidal waters of Barters Creek.

The park offers a small sheltered area for small group gatherings and is available for reservations from the park.

Visitors are asked to please keep on designated trails to preserve the history of the area and also for the safety of the hikers along the shore.

The park has a small playground for young visitors to use and a small pond that is cleared in the winter for users to skate when conditions permit.

Take Exit 2 on the I-95/Maine Turnpike towards US Route 1. At the larger rotary, take ME 236 south towards Kittery Point. At its junction with ME Route 103 in 1 mile, continue straight following ME Route 103 another 1.7 miles to Fort McClary. The Fort will be on your right. There is also a small parking lot across the street from the entrance to the Fort where visitors can park.