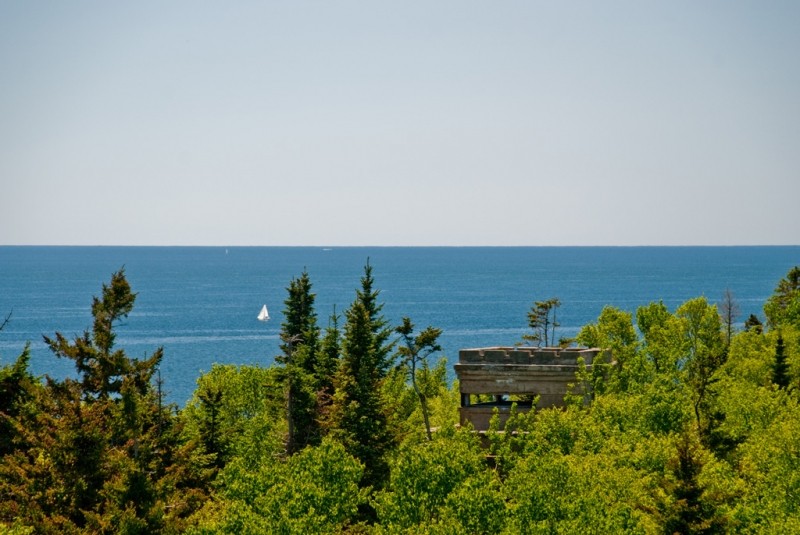 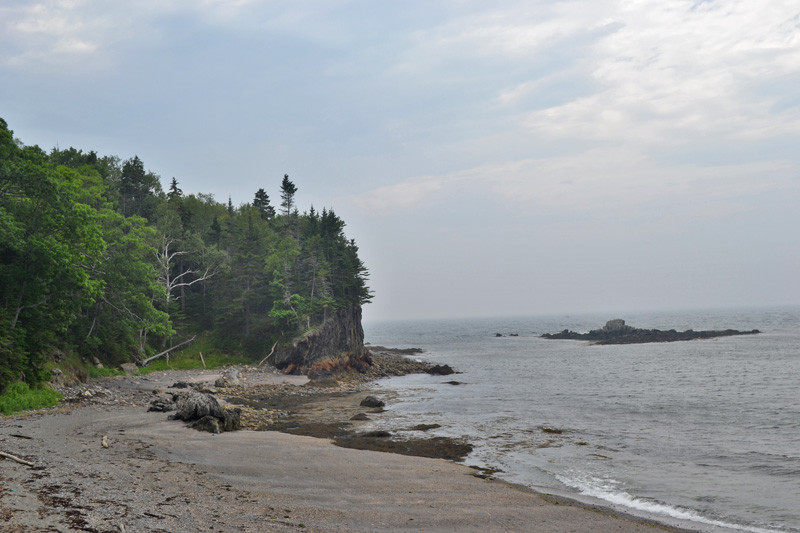 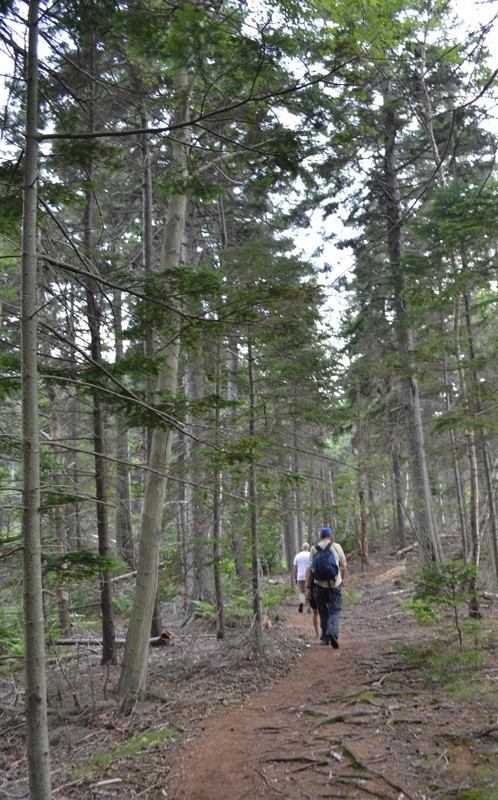 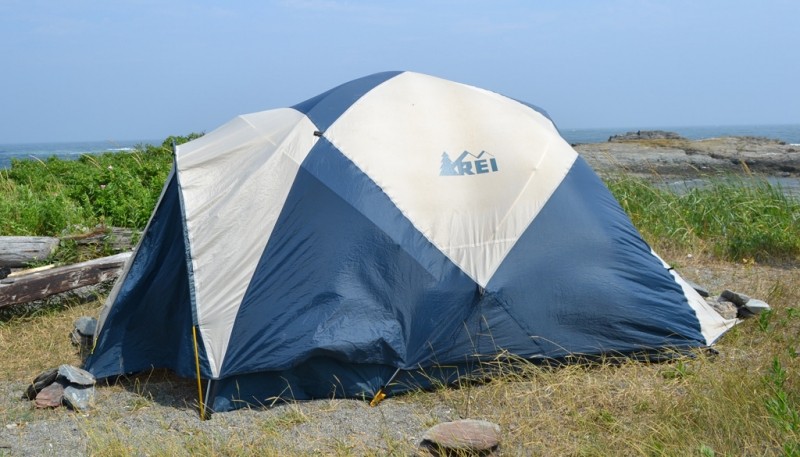 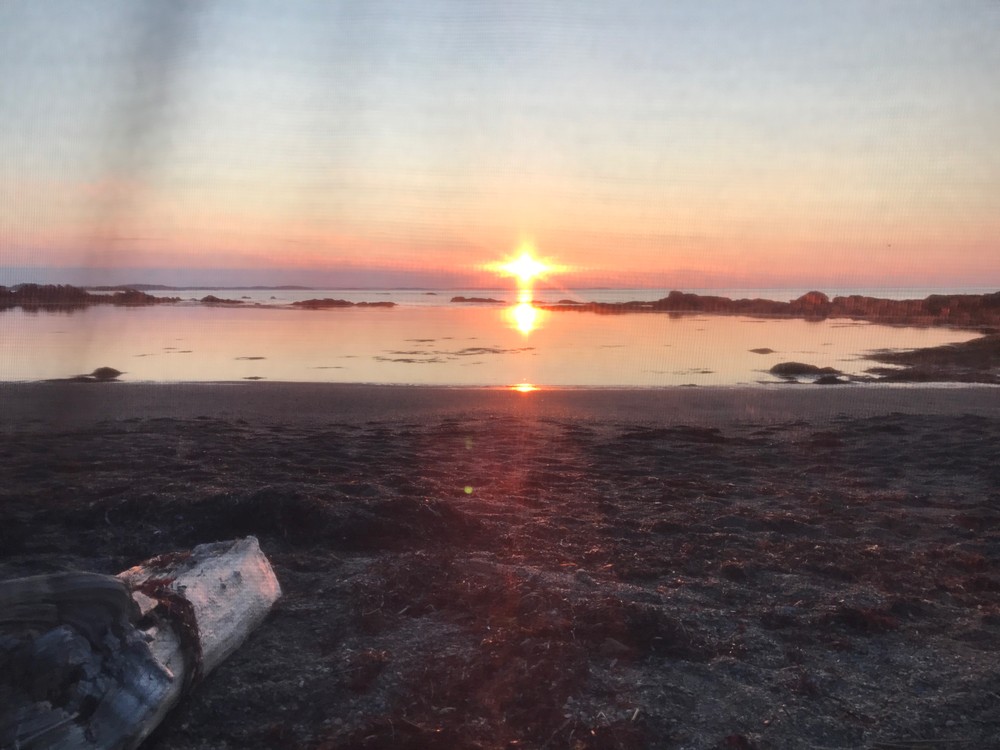 Known as Cocktail Cove, the natural harbor on Jewell Island's northwest shore offers the best landing and anchoring ground for boaters interested in accessing the island's trails. Ascend the steep, rocky embankment about midway down the eastern shore of the cove to reach the Main Landing trailhead and one of several camping areas. Or, go ashore at The Point - the small spit of land facing Little Jewell Island on the cove's southwest side - to access the trails from a different spot.

Following the Cove Trail south from the Main Landing you'll pass one of several privies (outhouses) and a number of campsites with views of Cocktail Cove. Shortly after the Cove Trail and Interior Trail merge, a short spur branches off to the west and returns you to the head of the cove. Beyond the spur there is a trail junction, marked by a privy, where a western course will take you along a loop created by the Peninsula Trail and the Mine Trail. Campsites rim the Peninsula Trail, which skirts Jewell's western shore. The Mine Trail runs along a ridge high above Cocktail Cove and passes the ruins of an old farm house.

Continuing south from the privy you'll reach a second junction where the Smugglers Trail and Towers Trail split, forming yet another loop. Follow the Towers Trail past the remnants of military occupation to reach a pair of concrete observation towers that offer spectacular views of Casco Bay. Beyond the towers you'll find a tree-covered battery and gun emplacement. You can enter the battery but bring a flashlight and be careful of your footing in the dark, damp interior.

From the battery, the trail backtracks briefly and jogs west before continuing southward to more campsites and a cobble beach with views to the southwest. Pick up the Smugglers Trail on the western shore of the cobble beach and make your way through a forest littered with the remains of military housing and other infrastructure before reconnecting with the Towers Trail. Head north to return to Cocktail Cove via the Main Landing or The Point.

Jewell Island is a popular destination for power boaters and sailors who enjoy camping, hiking, and beach-combing while anchoring safely in Cocktail Cove. There is a full-time, seasonal caretaker on the island who maintains the trails and campsites (first-come, first-served), provides educational information, and promotes a sustainable recreational ethic. Jewell Island's rich history includes farming, mining, fish processing and military occupation. Please be careful when hiking near the crumbling structural ruins.

Management of Jewell Island involves collaboration between the land owner (Maine Bureau of Parks and Lands), the trail manager (Maine Island Trail Association), and local volunteers working with MITA for the betterment of the island.

Poison ivy is present in places - particularly along the Punchbowl. Staying on trails and away from beach vegetation will limit chances for exposure.

Plan Ahead and Prepare
Use common sense. If it seems like a bad idea, it probably is.
Trail Map
Legend
Hide All

Jewell Island is accessible by boat only from nearby public launch sites in South Portland, Portland, Falmouth, and South Harpswell.

Click on a parking icon to get custom directions
Comments (1)
Please Log In or Create Account to add comments.
buygmbh
Beware! Infested with ticks and those itchy caterpillars. Many mosquitos worst in July & August. Watch out for poison ivy on trails.
Services
Map View Add a Service
These awesome businesses support our goal of connecting people to outdoor adventures in Maine!
Hang Tight!
Nearby services are loading
No Services Found
Find Services
Photos