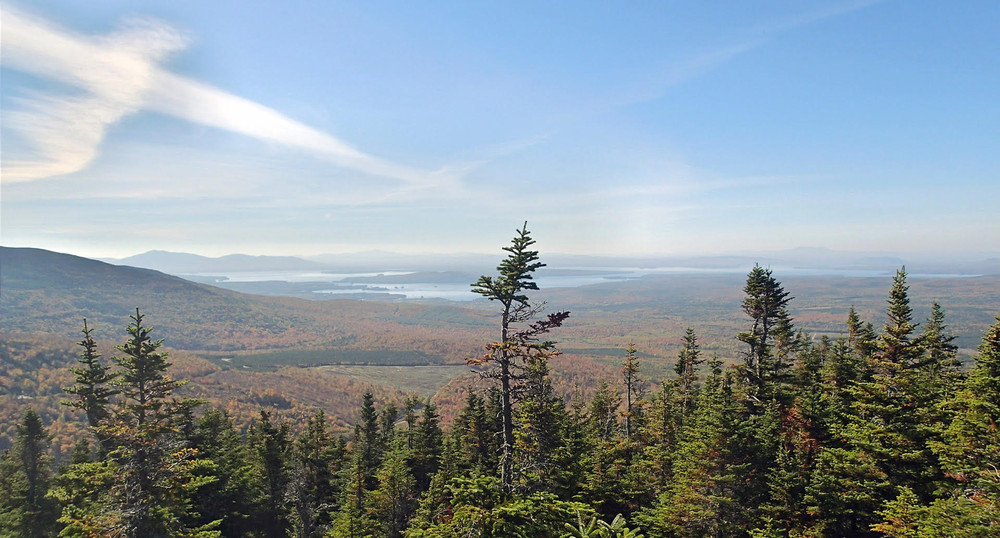 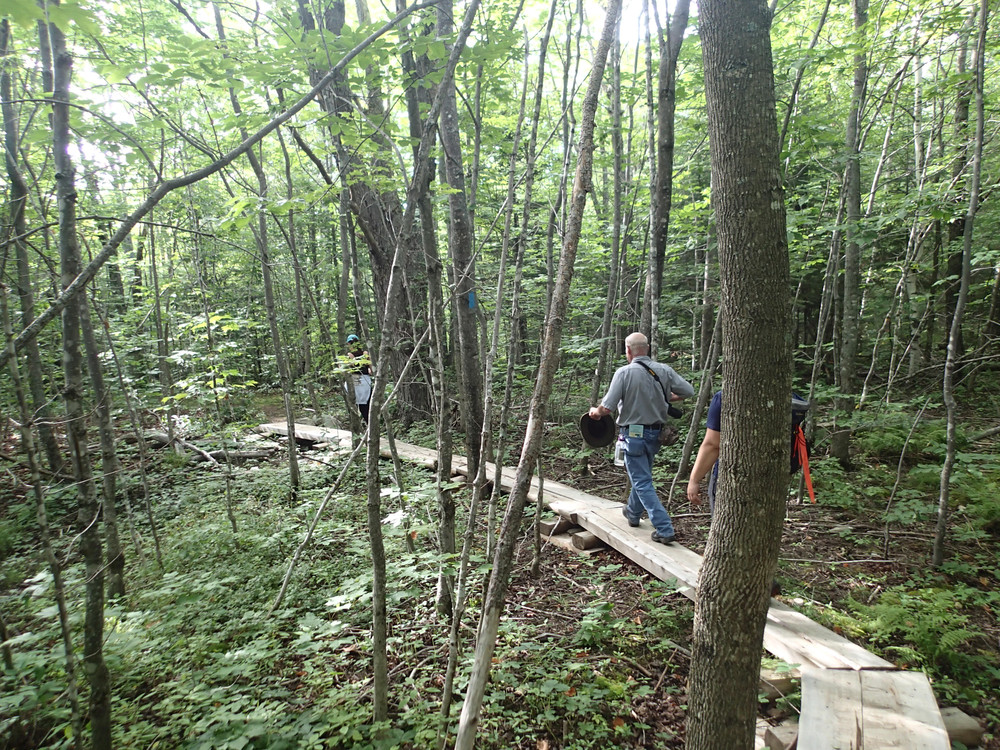 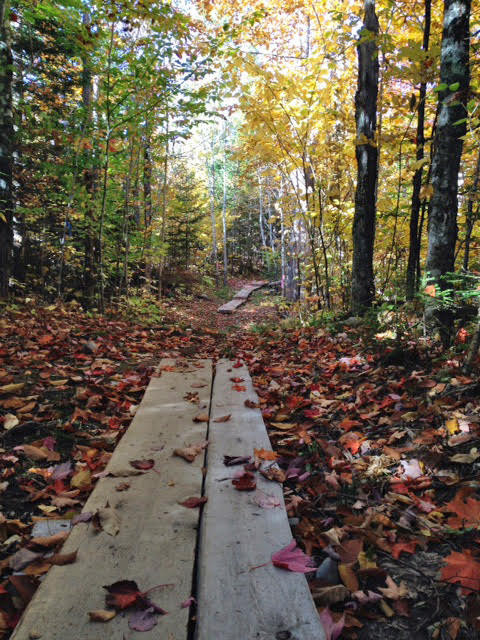 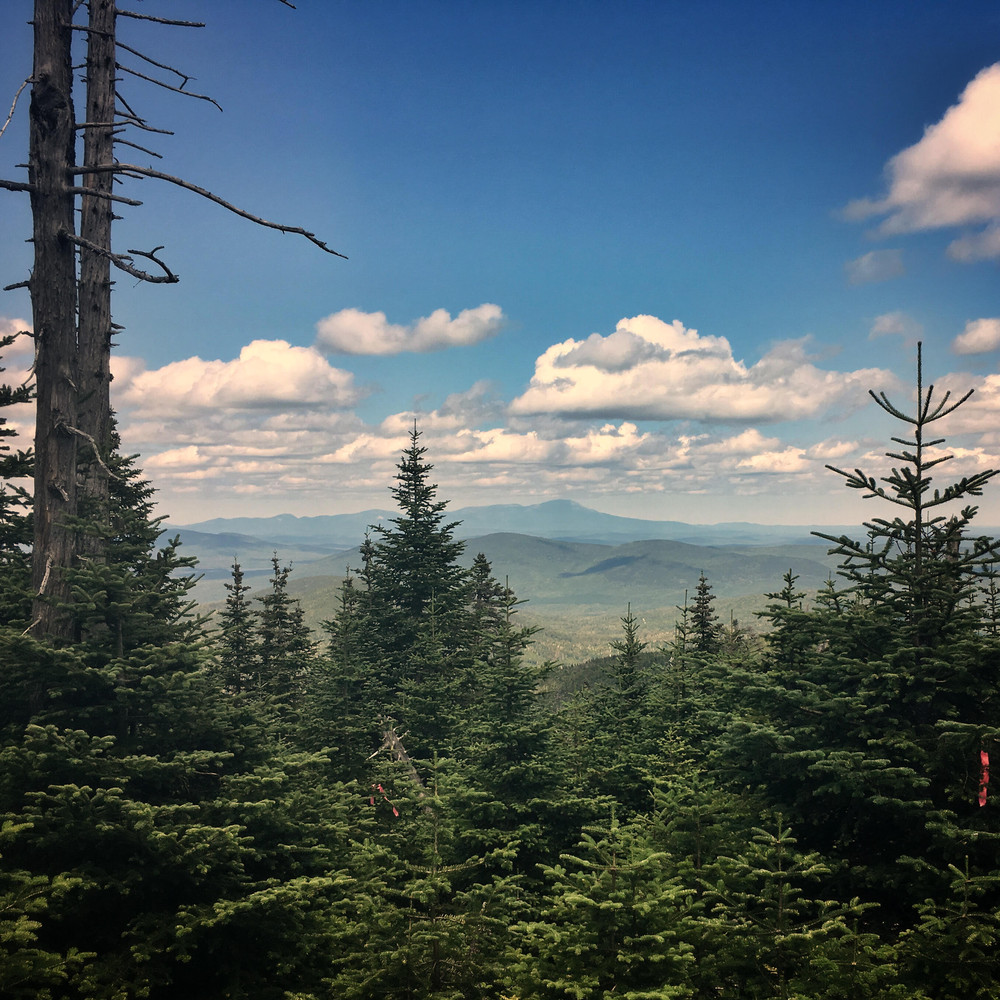 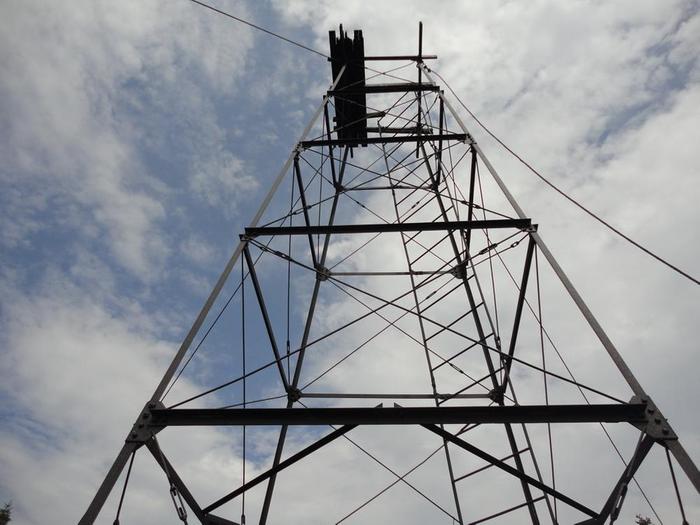 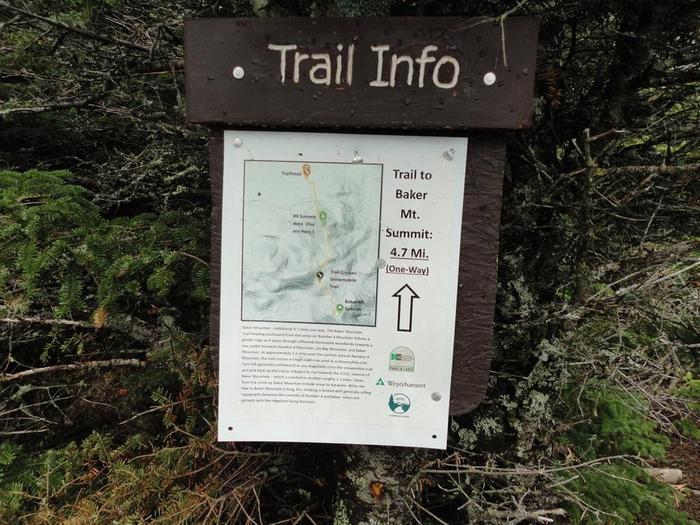 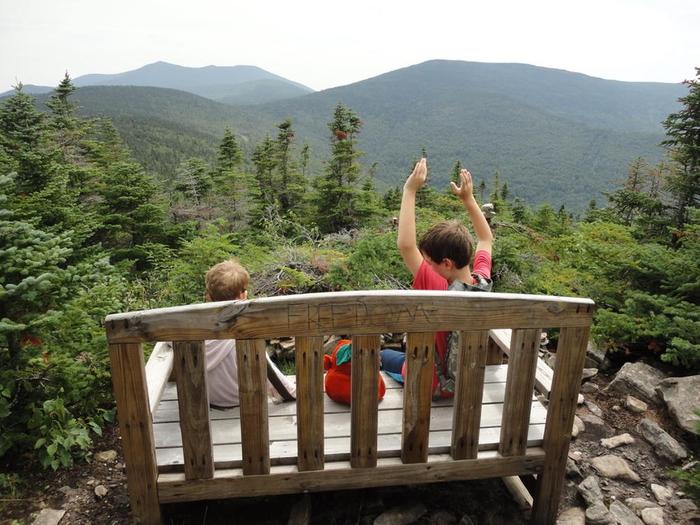 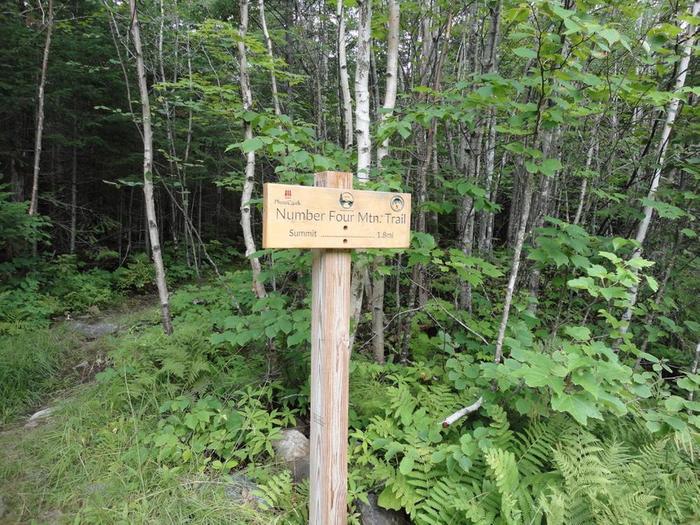 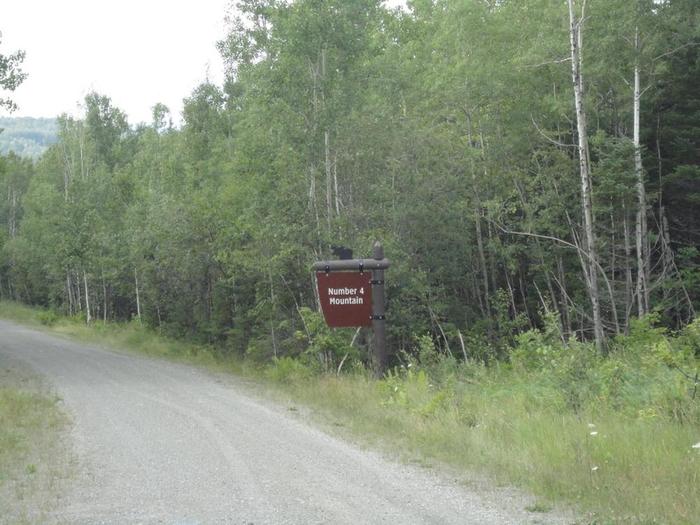 Number 4 Mountain Trail – 1.7 miles one-way. The trail is a primitive footpath primarily following the traditional route taken by fire wardens formerly staffing the now abandoned Number 4 Mountain fire tower. For roughly a third mile, the trail is relatively flat. The trail from the former warden’s camp site to the summit area climbs steadily for a little over a mile, following the original trail route at times as well as trail reroute switchbacks. Just past the fire tower site, look for an attractive set of vistas looking over Baker Mountain, Lily Bay Mountain, and Moosehead Lake.

A campsite is planned to be developed to serve backpacking interests on the trail. It is anticipated that a site will be developed slightly north of the snowmobile trail crossing point. More details will be posted as the project unfolds.

The Number 4 Mountain and Baker Mountain Trails were developed through a trails easement and grant process funded by Weyerhaeuser as part of the Moosehead Lake Region Concept Plan. The final 1.5 miles of trail leading to Baker’s summit are now owned by the Appalachian Mountain Club. Dozens of miles of other trail projects are being finalized as part of this regional trail project. More information on this substantial project in the Moosehead Lake Region can be found online here.

The Number 4 Mountain/Baker Mountain Trail is located approximately 18 miles north of the center of Greenville. From ME-15/6 in the center of Greenville, head north on the paved Lily Bay Road following Moosehead Lake's east shore. At 9 miles, pass the entrance to Lily Bay State Park (left). Continue another roughly 4.7 miles north to the gravel Meadow Brook Road on your right (turn off at -69.48557, 45.61577). Travel approximately 1.7 miles and turn left (northeast). Continue approximately 2.2 miles and bear left (northward). The trailhead (-69.41865, 45.63185) is on the right approximately 500’-600’ ahead. A temporary parking area is another 500’-600’ ahead on the right, just past a small bridge over Lagoon Brook. A permanent trailhead parking area is planned.

Roads
Logging Road Access
Access to the trailhead/put-in is on gravel logging roads managed and maintained to transport timber. Be aware that logging trucks have the right of way and be prepared to pull to the side of the road when encountering logging trucks. Do not park in the travel portion of the road or block side roads. Yield to any equipment working on roads. Logging roads may be closed during active logging operations.
Photos 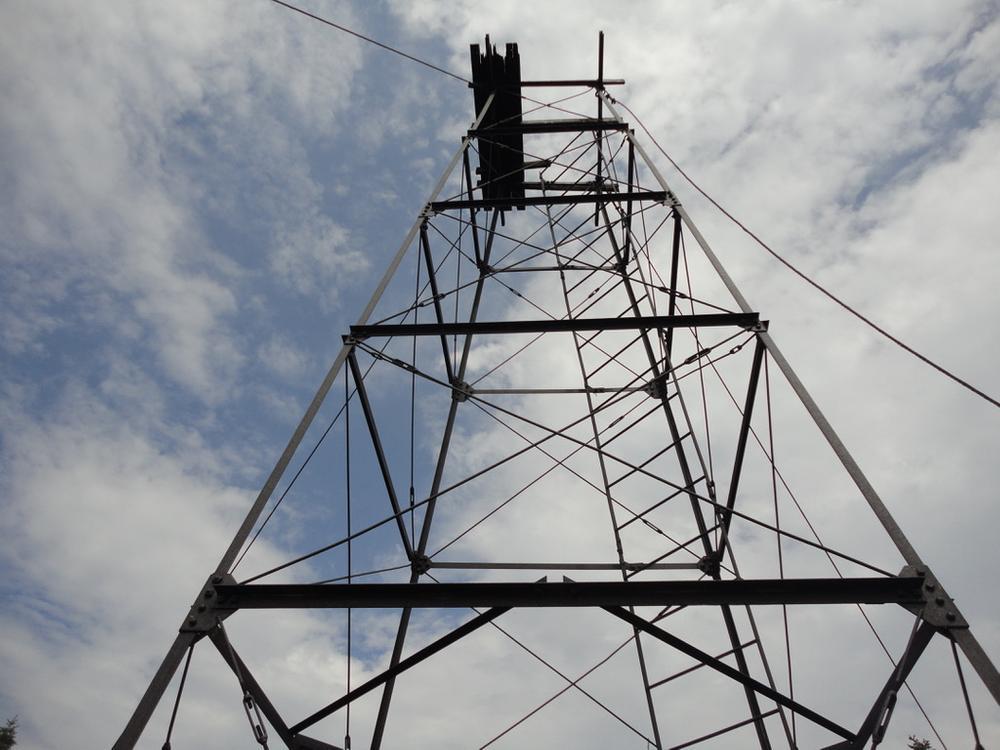 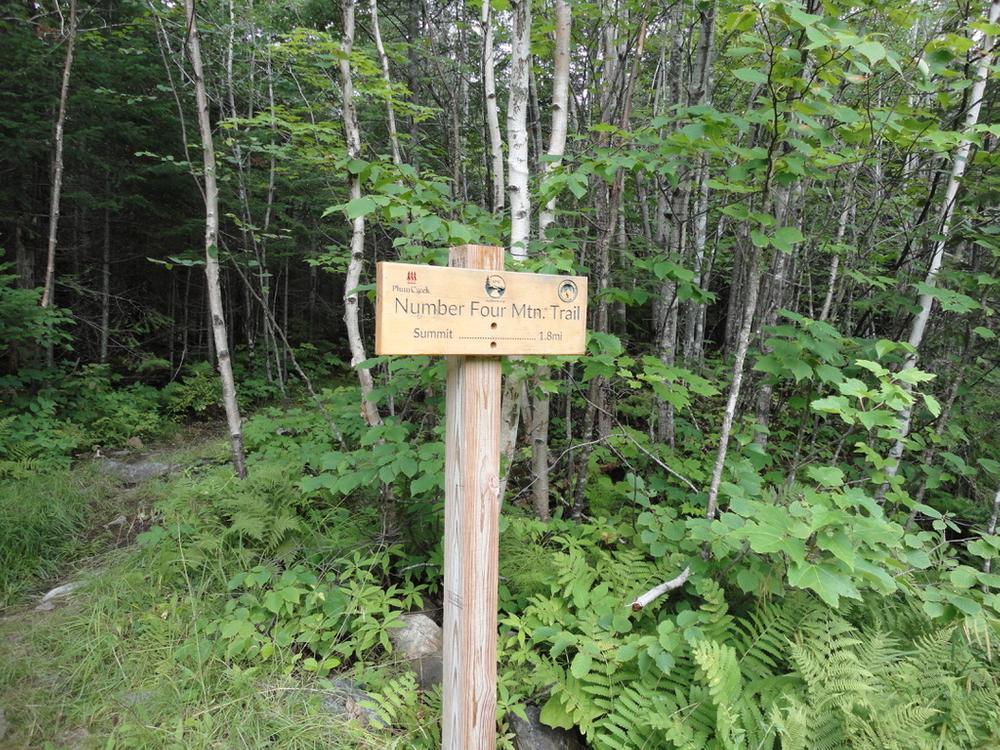