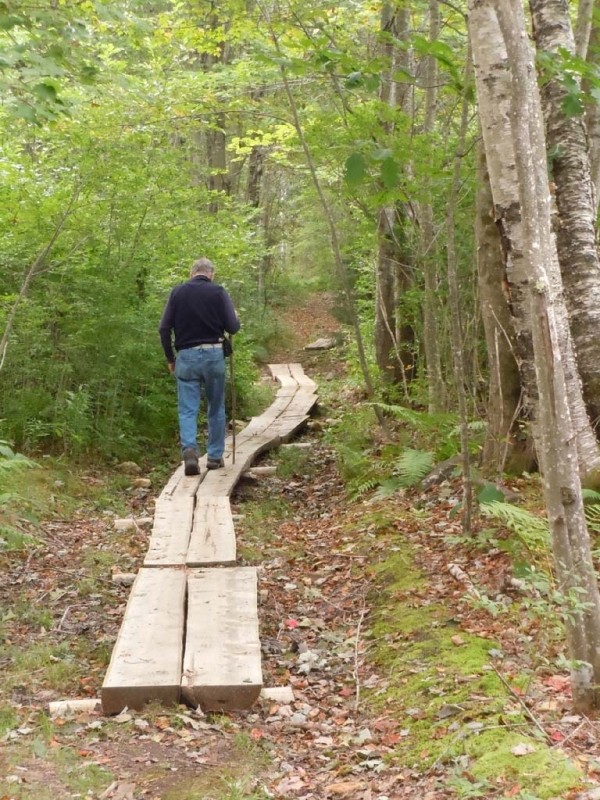 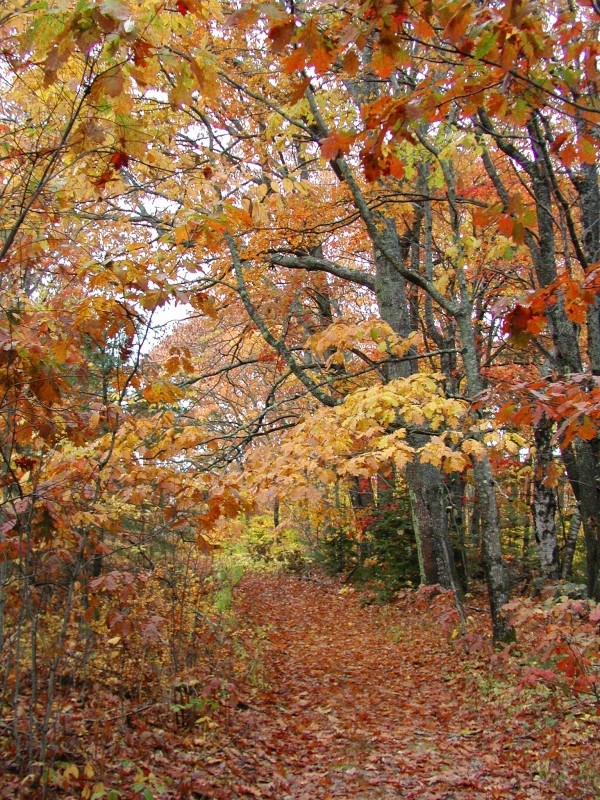 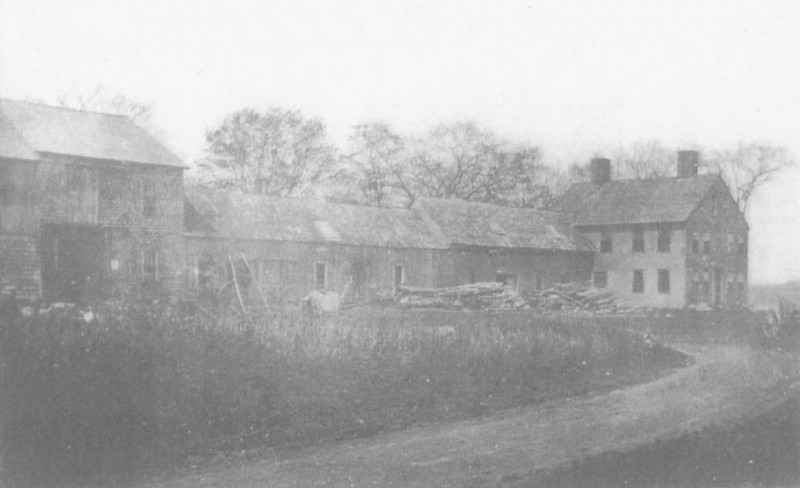 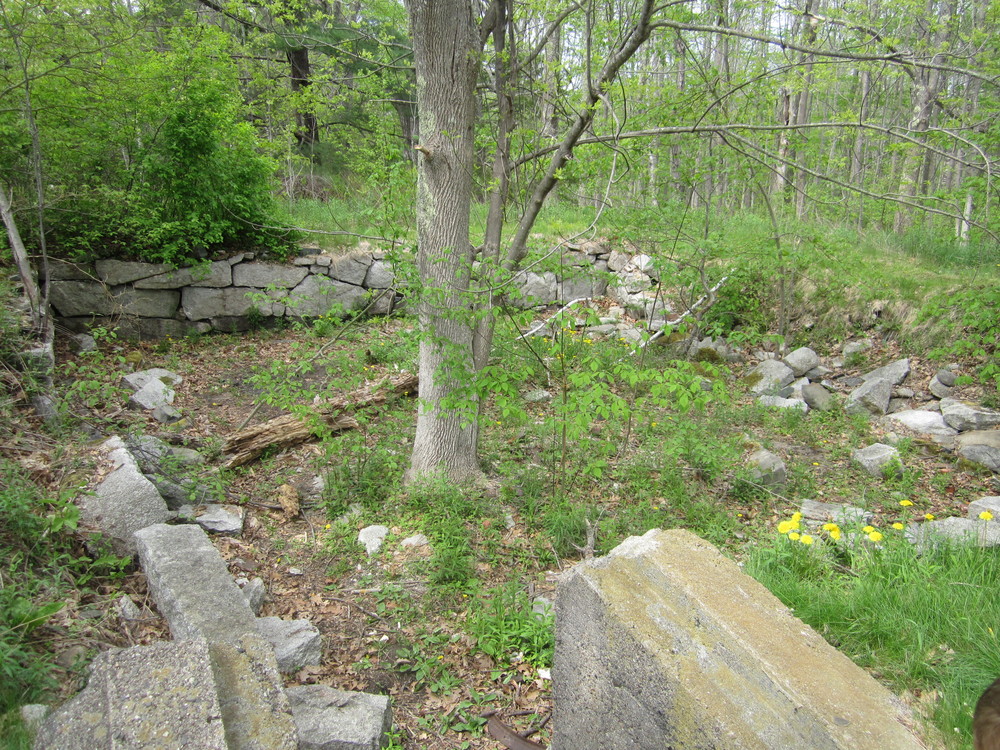 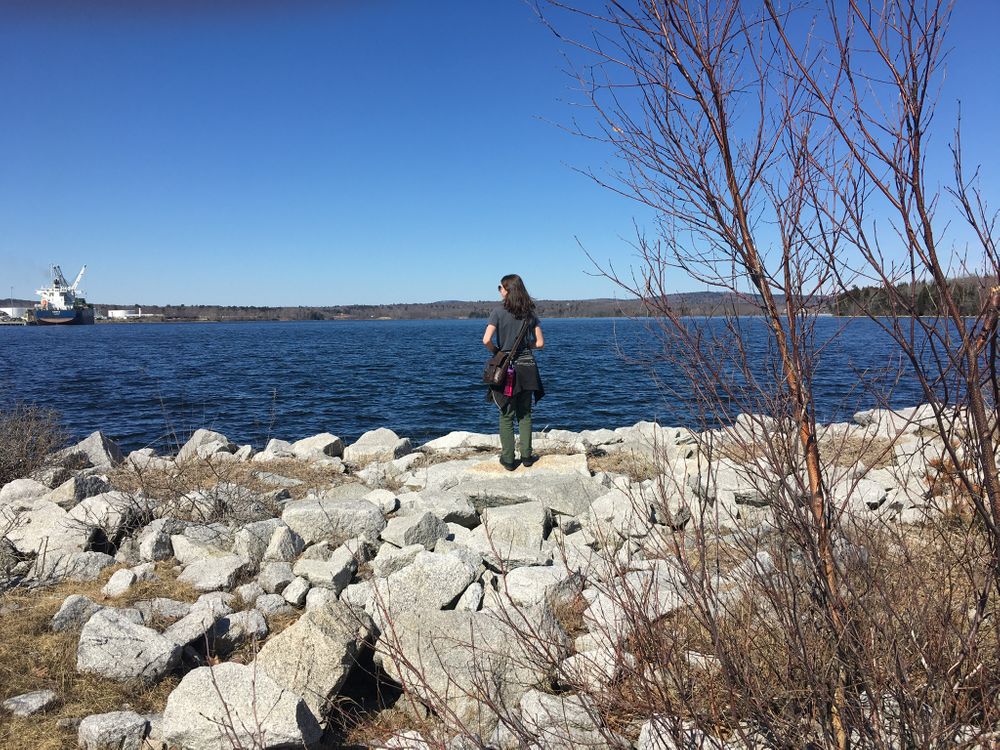 A gentle short rise from the trailhead soon dips back down to where a bog-bridge crosses a brook. Within this section there is a small opening with a view of Cape Jellison. There are a few more small rises and several short bog bridges over wet areas. Mixed conifers and deciduous trees with varied understory growth reveal stone walls reminiscent of the island's past livelihoods. Keep your eyes open for some amazing trees, many from multiple coppiced trunks. Just beyond the mid-point of the trail an old slate-covered well on the left marks a short spur to the farmhouse cellar remains. A large field from the grazing days is now being kept open by bush hogging. From here the trail bears right and leads out, through high grasses, ferns and berries, to the gravel road. A left turn will lead to 2 more short trails while a right turn will take you back out to the gate.

Until the late 1980's when the causeway was built, Sears Island was accessed only by boat or via a sand bar at low tide – this was considered an asset for early grazing farms in the late 18th century. Farming, grazing, and fishing prevailed in the 19th and early 20th centuries. The old farm along the trail was owned by the Sears family and leased to workers. A fire destroyed the buildings in 1917; although the main house was rebuilt the farming began to wane and in the 30's it was razed.

Part of the Homestead Trail was originally the farm road.

There is only one porta potty at the end of the causeway by the gate. Be aware that hunting is permitted on Sears Island. During hunting seasons wear some bright orange clothing and nothing white. Season dates are posted at the kiosk. There are no camping or fires on the island.

Horses are not allowed on the trail, but pets are welcome as long as they are under control and their owners pick up the waste. There are doggy poop bags and a designated bin at the gate.

Be Considerate of Other Visitors
Be aware of and limit the noise you and your group generate. Enjoy the sounds of nature.
Trail Map
Legend
Hide All
Directions

From North and East: From the junction of US Routes 1/3 and US Route 1A, continue south/west on US Routes 1/3 approximately 2.3 miles and turn left onto Sears Island Road (just past Turnpike Road on right and Kidder Point Road on left). Sears Island Road becomes the causeway; park on causeway, walk past Department of Transportation's fence and approach the Kiosk, where there are maps of all the trails on the island. Take the steps down to the beach and turn right. Walk a short distance to an overhanging apple tree where you will see the trail and trailhead sign.

From South and West: From downtown Searsport continue north/east on US Routes 1/3 approximately 2 miles (past Home Port and A.V. Nickels Inns on right and Old Route 1 loop on left) and turn right onto Sears Island Road. From here follow the directions above to the parking and trailhead.