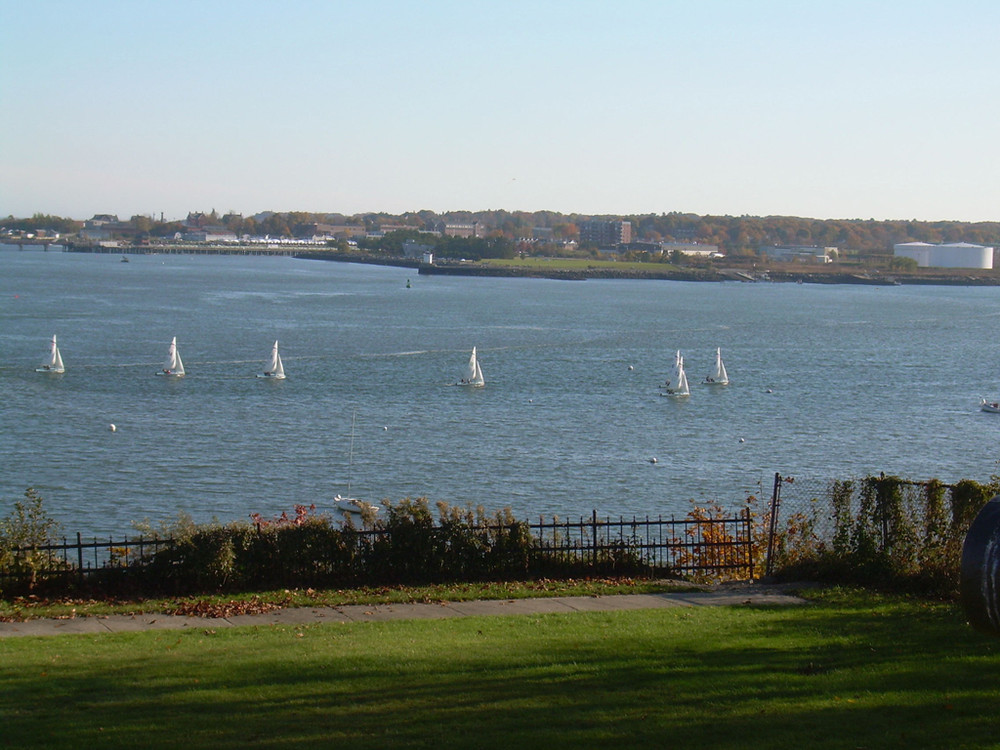 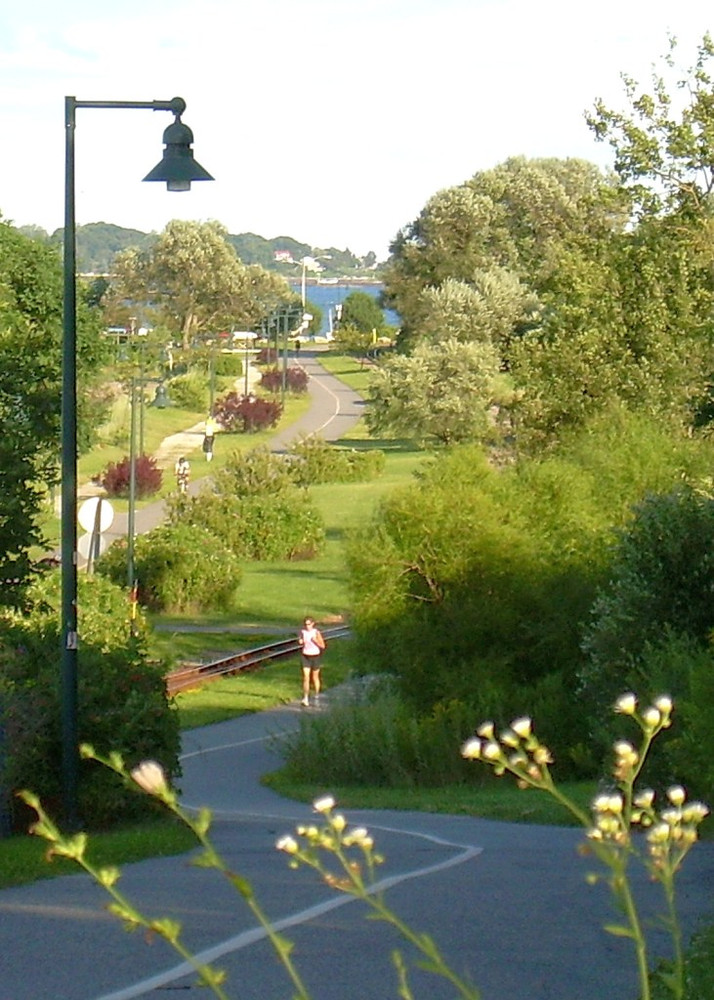 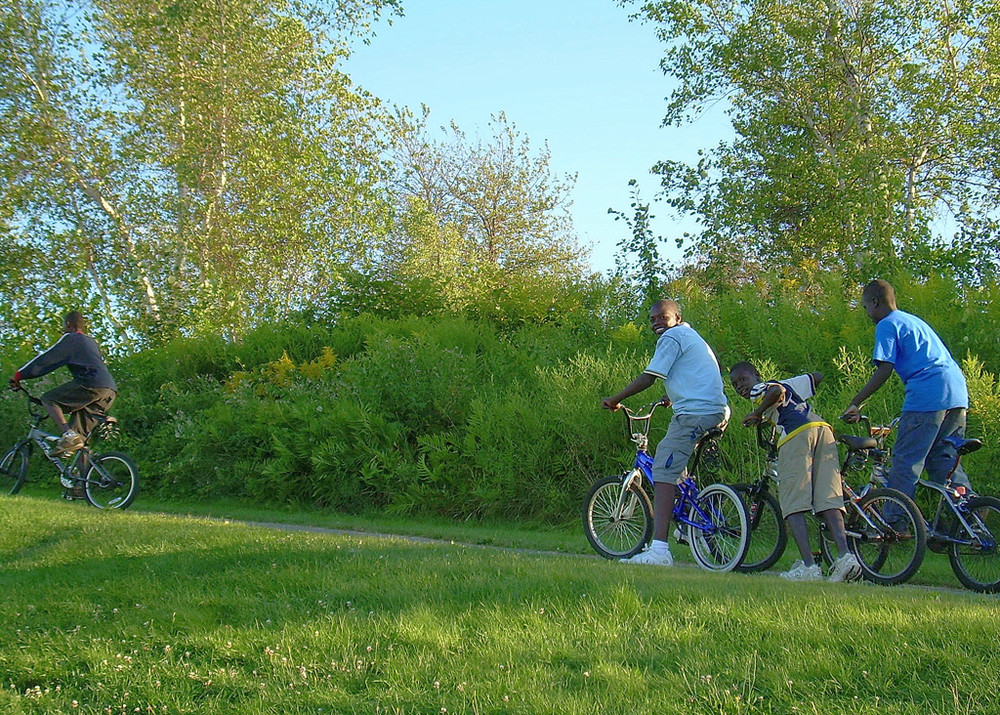 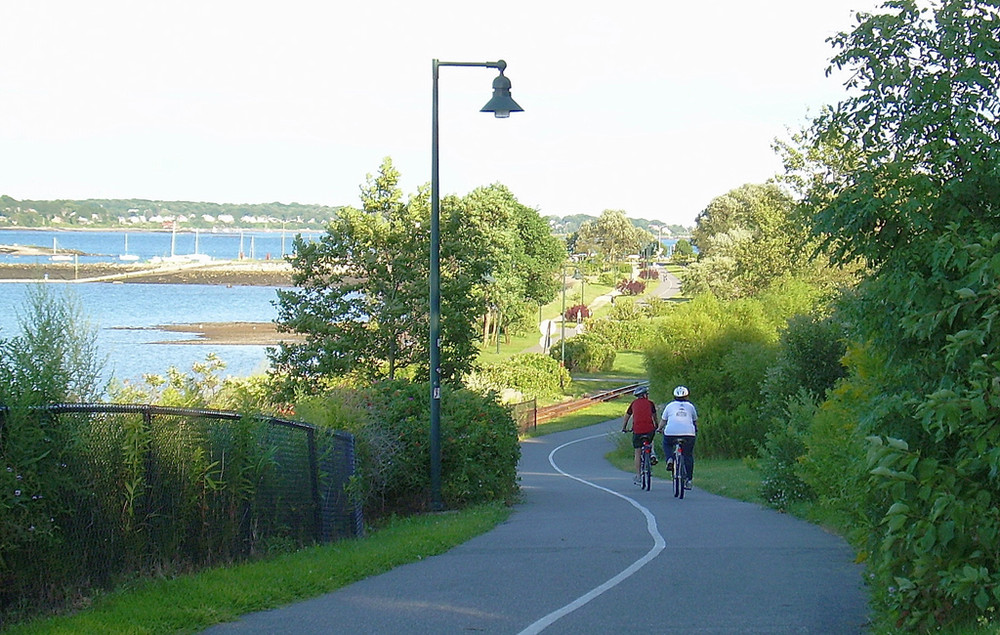 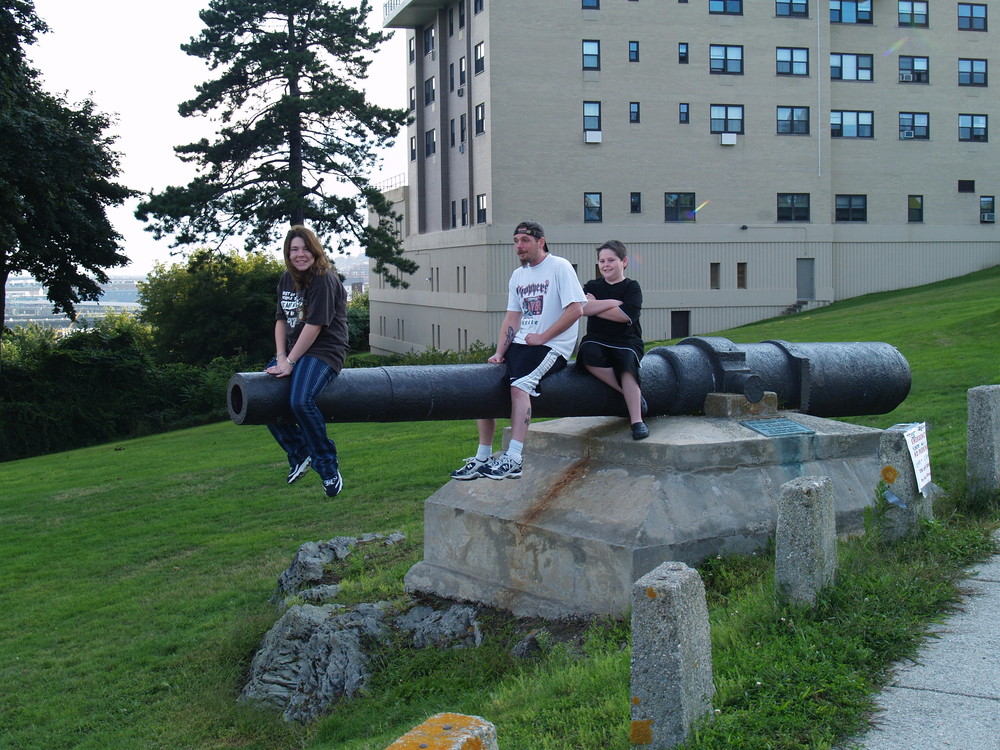 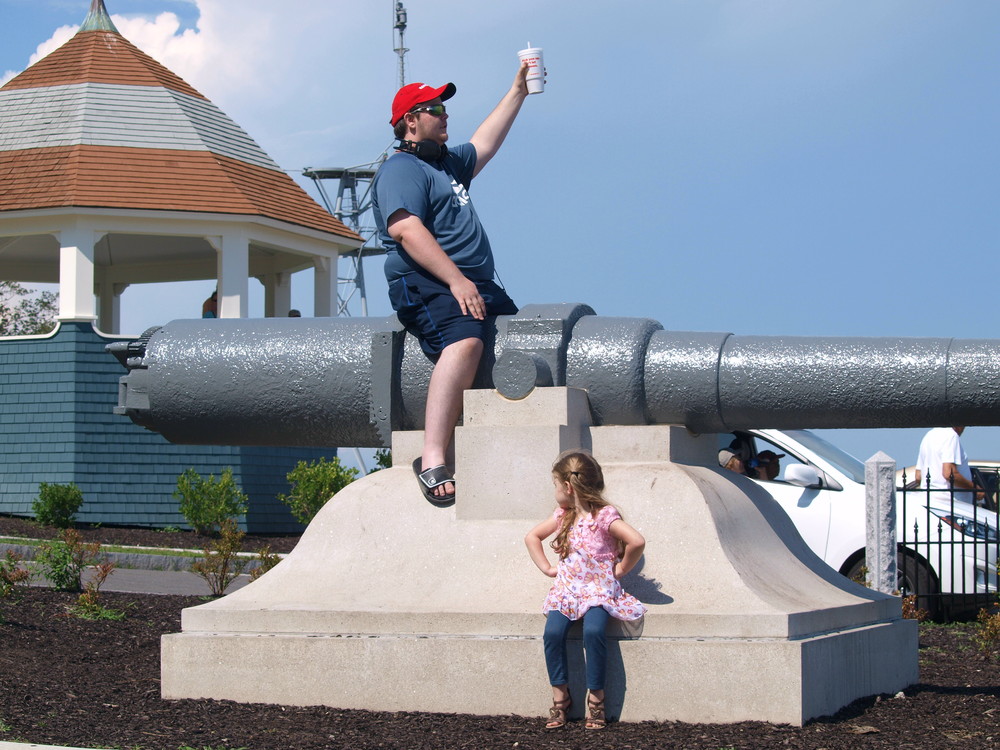 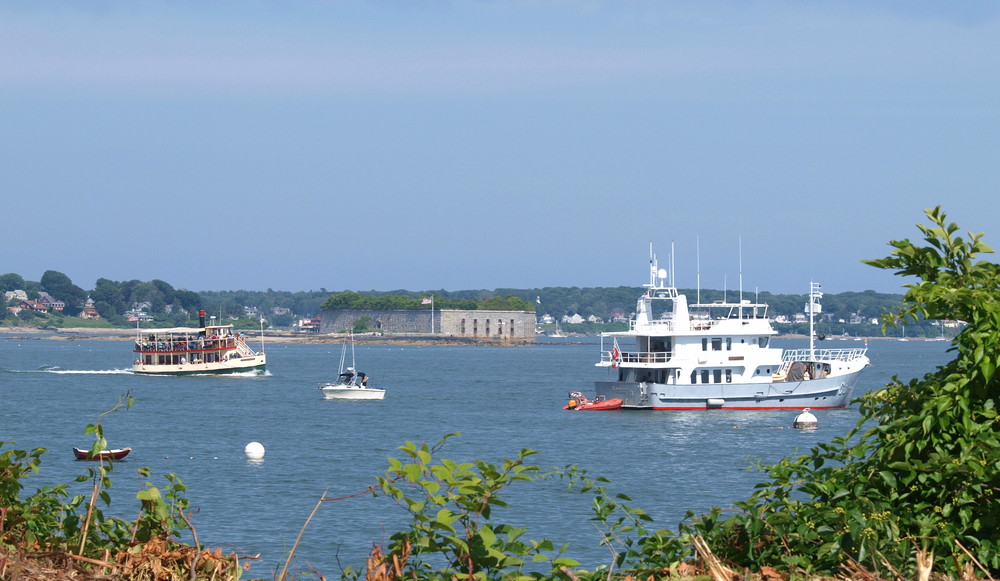 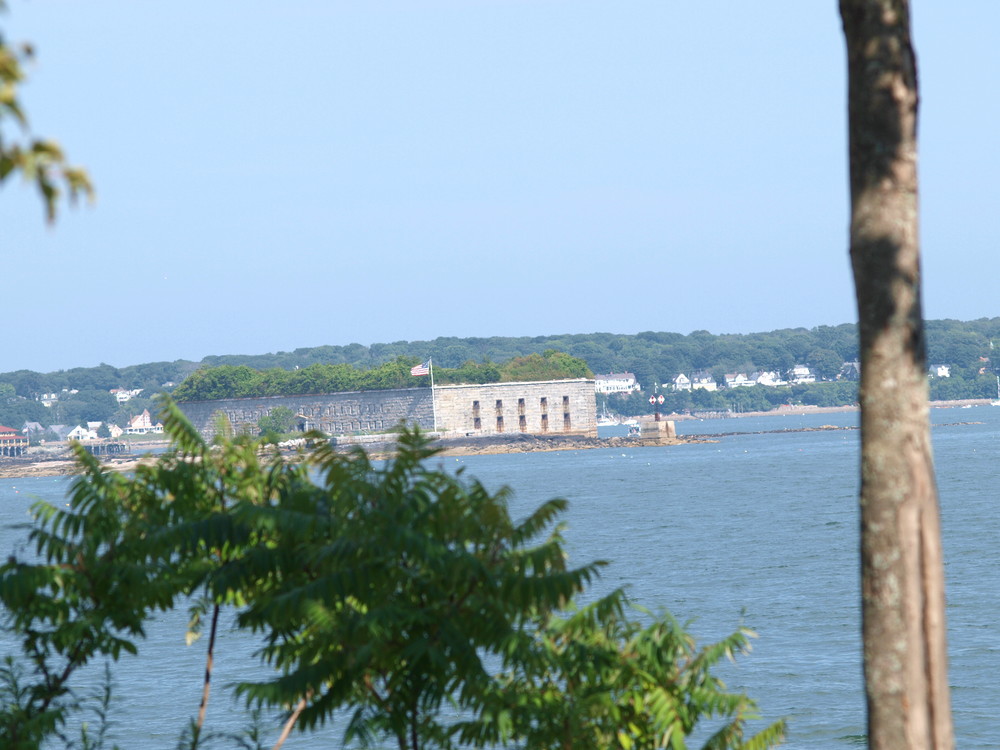 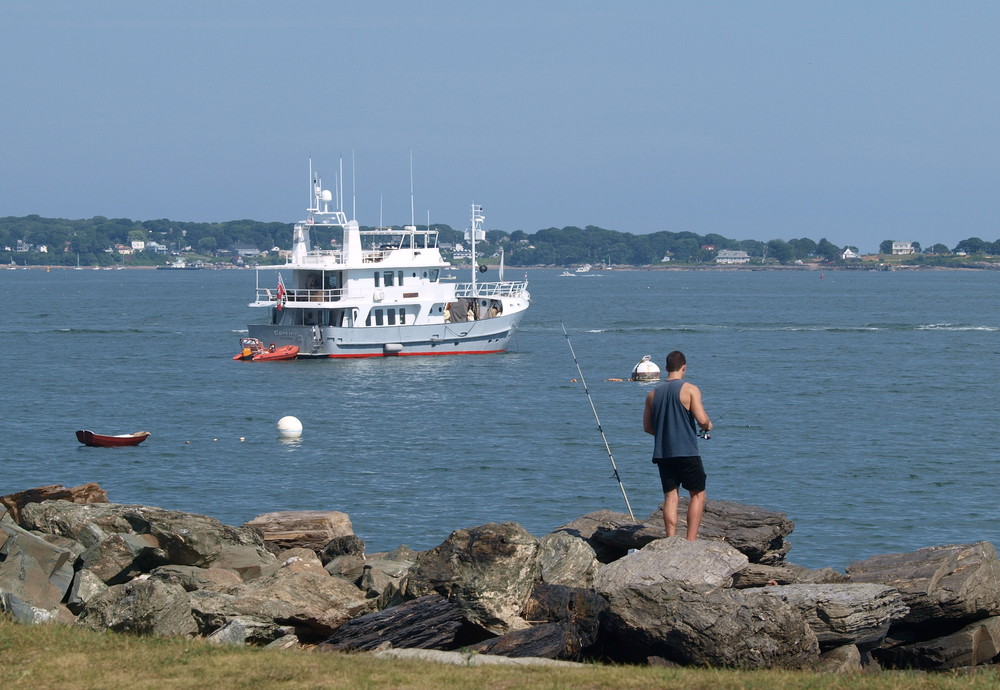 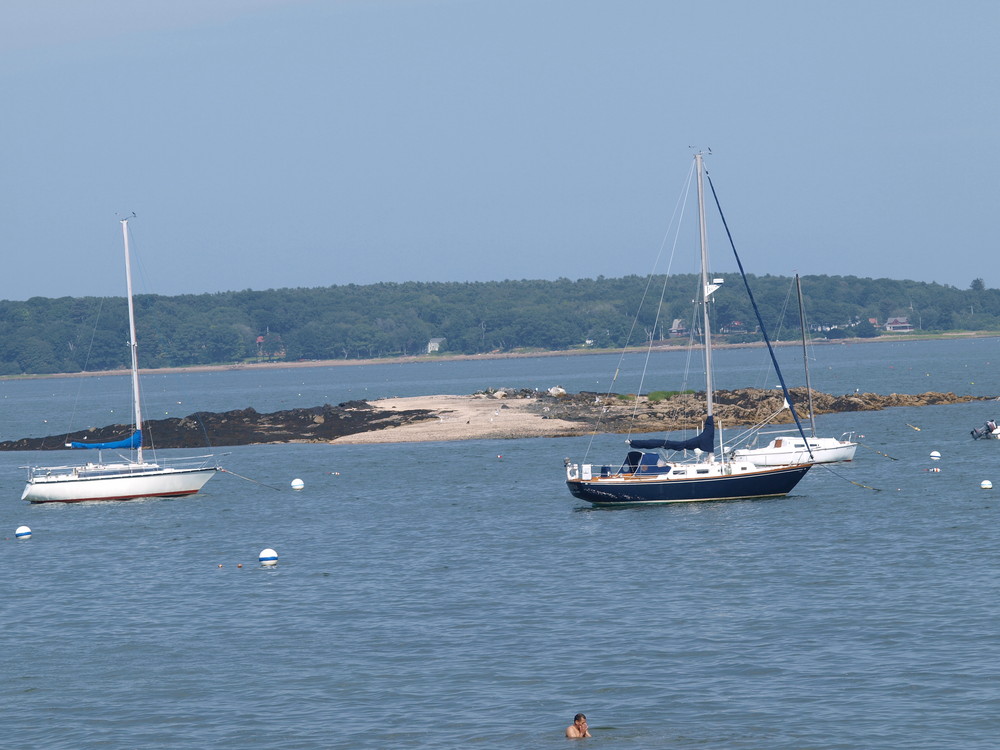 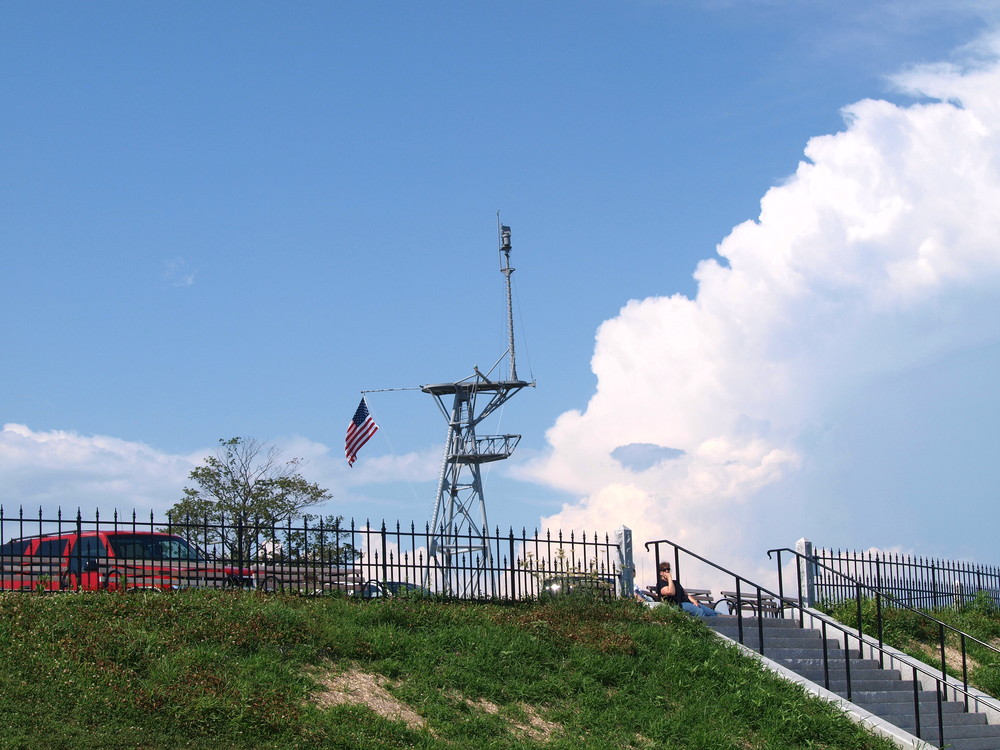 The Eastern Promenade Trail is mostly flat, with a slight rise near the Water Treatment Plant and another near Tukey’s Bridge, where it connects to the Back Cove Trail.  Parallel paved and stone dust trails follow the water’s edge.

Unpaved connector trails on either end of the Eastern Promenade Trail lead up the steep slope to the top of the park.  The trail at the east end leads to Fort Allen Park.  The trail’s wide stairs are made from the City’s reused granite curbing.  This trail is extremely steep, but the views of Casco Bay from the top are spectacular.  The connector trail at the other end of the park leads to the Loring Memorial.  This trail is also quite steep but the view from the top offers beautiful sunsets over Back Cove.  From here, one can also reach the Mid-Slope Trail—an alternate trail that parallels the Eastern Prom Trail, providing a loop back to East End Beach.  The Mid-Slope trail is a rough, packed dirt trail. Each of these trails can accommodate bikes.

Benches and picnic tables are located along the Eastern Promenade Trail and at East End Beach. The beach offers swimming and a public boat launch, as well as public toilets and changing areas during the summer months.  Dogs are allowed on the beach during off season. Kayaks and canoes can be stored on rental racks and launched from the beach or the boat ramp. On snowy winter mornings, motivated Portland residents who hit the trail early often snowshoe or cross-country ski on the trail before it is plowed.

The Eastern Promenade Trail was a joint project of the City of Portland, Portland Trails, and the Maine Department of Transportation, and was made possible with assistance from The Trust For Public Land, The National Park Service Rivers and Trails Program, and with the cooperation of The Maine Narrow Gauge Railroad Museum and the Portland Water District.

This trail is part of the East Coast Greenway, a trail that will one day link Calais, Maine to Key West, Florida. 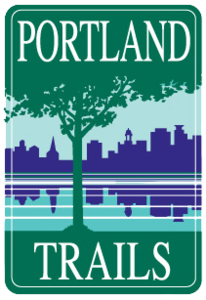 Travel and Camp on Durable Surfaces
Make a small campsite, preferably where there is no vegetation.
Trail Map
Legend
Hide All

East End Beach Trailhead: From downtown Portland follow Congress Street until it dead ends at the Eastern Promenade. Turn right on the Eastern Promenade until you reach your first left—Cutter Street—which will lead you into the park to public parking lots for the trail, park, and beach. METRO Bus Route 1

Marginal Way Trailhead: From I-295 take Exit 7 toward Franklin Street. From Franklin, take your first left onto Marginal Way.  Follow Marginal Way until it ends. There, you’ll find trail parking and links to the Back Cove Trail, Bayside Trail, and Eastern Promenade Trails. METRO Bus Route 1

Click on a parking icon to get custom directions
Comments (2)
Please Log In or Create Account to add comments.
rosyrae1
We did this trail a few days ago. My son and I walked part of Baxter Boulevard, then went under the bridge and over to the Eastern Promenade. It was a beautiful day with great views of the harbor and we walked for a few miles before turning back the way we came.
sonnywallssr
https://www.youtube.com/watch?v=L17U-xZPMq4
Services
Map View Add a Service
These awesome businesses support our goal of connecting people to outdoor adventures in Maine!
Hang Tight!
Nearby services are loading
No Services Found
Find Services
Photos