Contribute to MTF and get a limited edition hat...before we run out!

The Debsconeag Loop Paddling Trail is meant to be traveled in a clockwise direction, west from Spencer Cove across Ambajejus and Pemadumcook Lakes and then north across the watershed divide to the Debsconeag Lakes to return southeast on the West Branch of the Penobscot River. From Third Debsconeag Lake there is an optional side-trip to Fourth Debsconeag. Hand-carry boat launches at Omaha Beach, Little Omaha Beach, and Grant Brook Road Bridge provide alternate access points to this paddling trail. This route contains several portages lengthier than 0.25 miles and two major falls along the West Branch of the Penobscot. Prior backcountry and whitewater experience are recommended. Please camp only at designated sites.

From the public boat launch on Spencer Cove it is just over 9 miles west across Ambajejus Lake and up the north shore of Pemadumcook Lake to the White House Landing Wilderness Camp. Food and lodging are available at White House and there are two public campsites; one on Moose Island approximately 4 miles east along the north shore of Pemadumcook and another just under 1 mile west up the Nahmakanta Stream from White House. Both Ambajejus and Pemadumcook Lakes are wide and exposed; expect large waves in wind.

The portage between Pemadumcook and Third Debsconeag departs from White House Landing and travels due north along logging roads and dedicated trail for approximately 2 miles. The terrain is hilly, but the path accommodates portage wheels.

From the put-in at the south end of Third Debsconeag there is a single beautifully situated campsite 0.25 miles up the east shore of the lake.

The portage trail from Third to Second Debsconeag Lake is located 2.5 miles from the southern put-in at the far north end of Third Debsconeag. The trail is not obviously marked, but is located approximately 200 feet east (right) of the lake’s outlet. This portage is the shortest of the Debsconeag Loop trip, measuring only 0.3 miles in length, and passes through rolling terrain; not wheel-able. A side-trail leads west to several pools along the outlet stream between Third and Second Debsconeag.

Two undeveloped campsites, one just to the east of the put-in on Second Debsconeag and another on the opposite (north) shore, provide a good place to spend the night before continuing toward First Debsconeag.

The portage from Second to First Debsconeag Lake is the longest of the trip at 0.8 miles. The take-out is prominently marked with a snowmobile sign and is located on the south shore roughly 0.25 miles past where the outlet of Second Debsconeag begins to narrow. The path is wide and flat with foot bridges over wet areas; however, carrying is best as portage wheels are only useable in some sections. As the trail approaches First Debsconeag it forks. The left fork continues to the nearest put-in in the shallows near the outlet.

A short ways from the put-in and on the opposite shore of First Debsconeag there is a spacious campsite with a gravel beach and a pit toilet. Halfway down the north shore of First Debsconeag is a trailhead for the Ice Caves Trail. This trail accesses several year round ice caves less than 1 mile from the lake. On the east end of the lake, two more campsites, each with their own pit toilet, are great places to spend the night before continuing on to the West Branch of the Penobscot.

For paddlers not wishing to continue down the West Branch of the Penobscot, Omaha and Little Omaha Beach offer two take-out sites with road access and public camping. From the eastern outlet of First Debsconeag it is just under 1 mile upriver through calm water on the West Branch of the Penobscot to the Little Omaha Beach campsite and boat launch. From this same point, it is just over 1 mile downstream and across the Debsconeag Deadwater to the Omaha Beach boat launch and group tent site.

Below the deadwater, the West Branch passes over two major sets of falls. The first and smaller one is runnable on either side of the large island, though the first channel on river-right contains a smooth straight run.

Approximately 0.5 miles further downriver is Passamagamet Falls. CAUTION: This falls contains Class III-IV white water; significant whitewater experience recommended; portage or scout from the big island. The channel river-right of the island is an easier line and may be the safest option for running the falls. Otherwise, there is a portage trail from the upriver end of the island to the pools below the falls.

From the pools below Passamagamet Falls it is a short way to the outlet of Passamagamet Lake. Two campsites are situated nearby along the eastern shore of this lake. From here it is another 1.5 miles downriver to where Grant Brook Road Bridge crosses the river. There is a hand-carry boat launch at the bridge that may be used as an alternate starting or ending point for the Debsconeag Lakes Paddling Loop.

Below Grant Brook Road Bridge, the West Branch of the Penobscot River descends over the gentle drop of Ambajejus Falls and opens into Ambajejus Lake. Located on a small island just past the inlet to Ambajejus is the historic Ambajejus Boom House. Built in 1907, the boom house is the only surviving structure associated with river log driving in the state.

From the inlet to Ambajejus it is 3.2 miles east across the lake and north up Spencer Cove to the public boat launch on the Golden Road. Expect high waves on this lake crossing if there is any wind. The total distance from the outlet of First Debsconeag Lake to Spencer Cove is just under 9 miles.

This is a suggested paddle, numerous side trips and alternate configurations are possible. Consult the best available maps when planning your trip. [And bring them with you!]

For more information or a printable map please contact The Nature Conservancy. 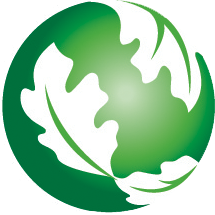 To access the following boat launches, from Millinocket travel about 10 miles northwest on the Baxter Park Road and turn left at the junction marked "Allagash." This short connecting road quickly comes to the Golden Road; turn right here.

Safety
Be a Safe and Respectful Paddler
Paddling conditions will vary according to the weather and season, so always exercise caution and always wear a lifejacket. With good judgment and proper equipment, the risk associated with paddling can be minimized. Respect the natural world and the rights of landowners, and be considerate of other outdoor enthusiasts. Paddlers should seek to avoid causing erosion, trampling vegetation, disturbing wildlife, and harming water quality.
Facilities
Camping Guidelines
Each camping location may have specific user requirements and guidelines. More information can be found in the resources -- website, map, or guidebook -- provided by the trail manager.
Roads
Logging Road Access
Access to the trailhead/put-in is on gravel logging roads managed and maintained to transport timber. Be aware that logging trucks have the right of way and be prepared to pull to the side of the road when encountering logging trucks. Do not park in the travel portion of the road or block side roads. Yield to any equipment working on roads. Logging roads may be closed during active logging operations.
Roads
Remote Access
This part of Maine has poor signage and GPS driving directions can be misleading. Mobile phone use may also be limited. First time visitors should carry a map and printed directions.
Photos 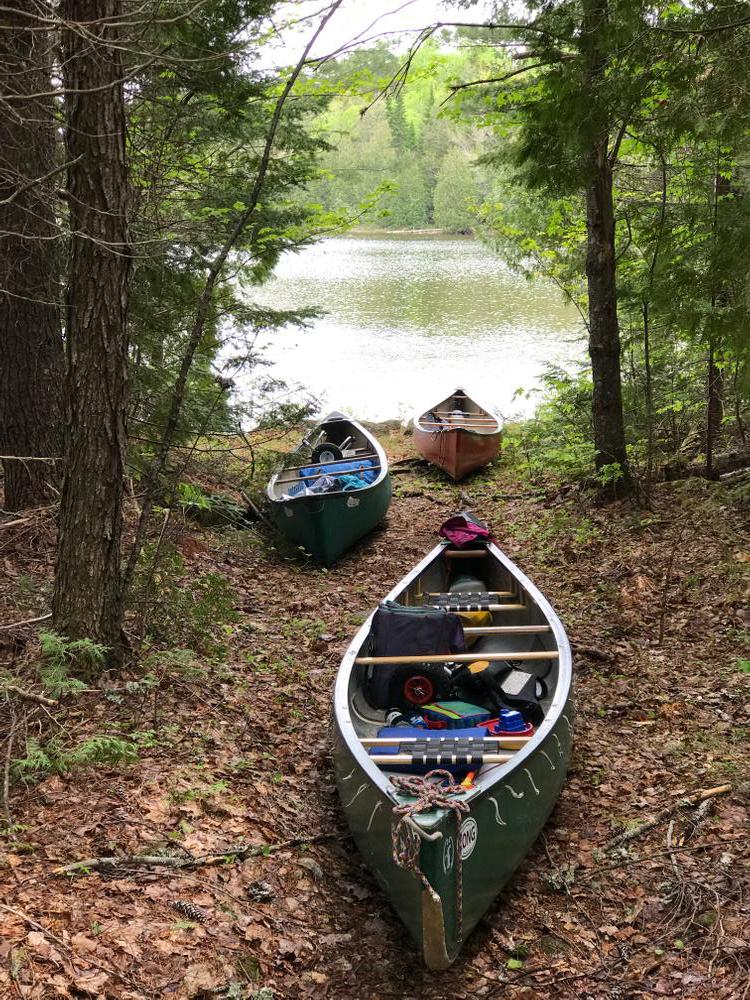