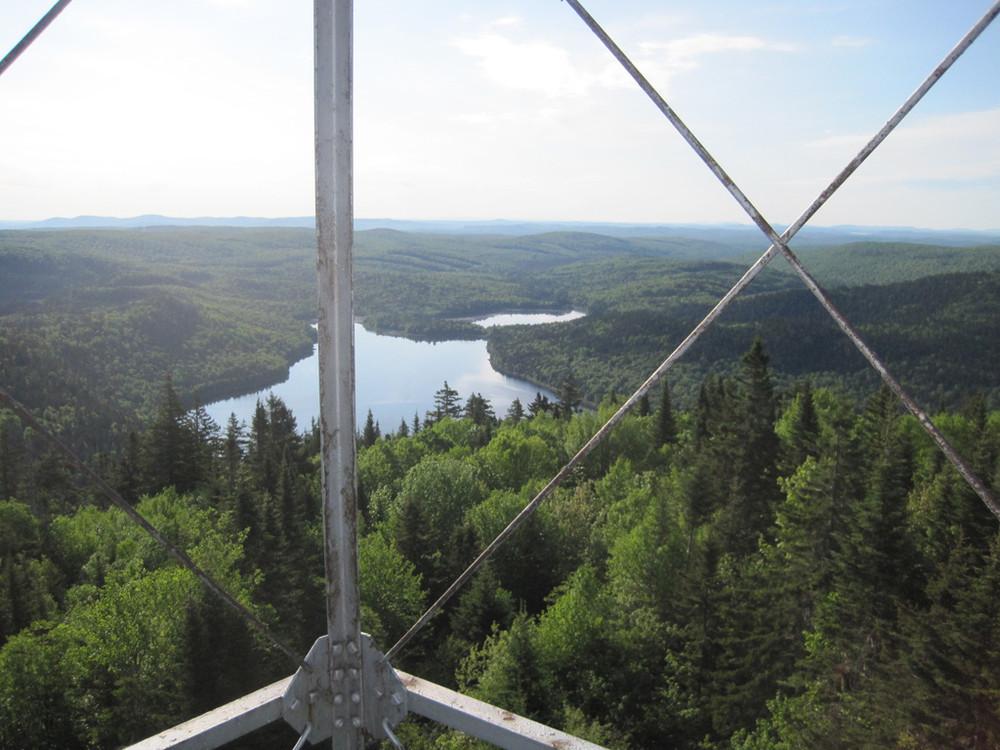 Trees are pretty important in Maine - so much so that our nickname is the “Pine Tree State” and our first flag featured a star and a tree. Trees are so important that in the early 20th century there were people whose job was to watch trees! Fire wardens climbed to towers on prominent peaks every day to watch for smoke and sparks across the state. Today, some of these towers remain and many allow hikers to climb to the top to look out on the vast landscape.

Here are five of our favorite fire tower hikes across the state: 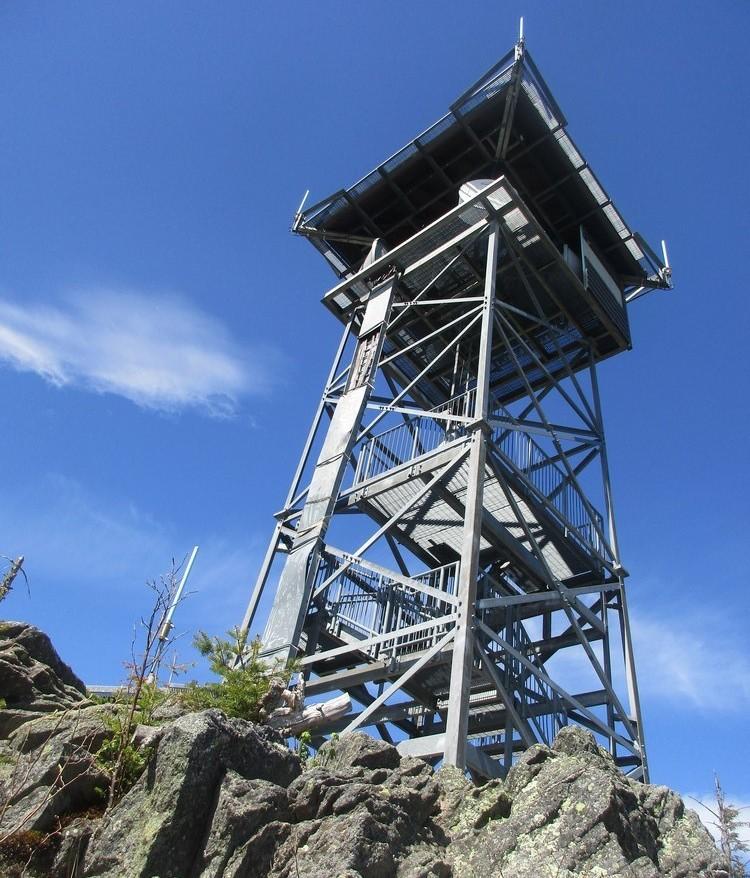 Driving toward the prominent peak of Mount Blue in Mount Blue State Park, you can understand why the Maine Forest Service might want a tower on its summit - there are views both of the western Maine mountains and of the foothills to the south. The trail up Mount Blue passes by the historical fire warden’s cabin and each step hearkens to the warden’s daily commute to the tower. The tower at the summit is modern, but provides the same views seen in the days of yore.

The tower trail at Mount Pisgah in Winthrop is a short, but steep jaunt to spectacular views of central Maine - and on a clear day even to the White Mountains and the Camden Hills. Although not in the big north woods of Maine, the Forest Service tower in the Kennebec Land Trust's Mount Pisgah Conservation Area shows how important forests have been and still are to all of Maine. 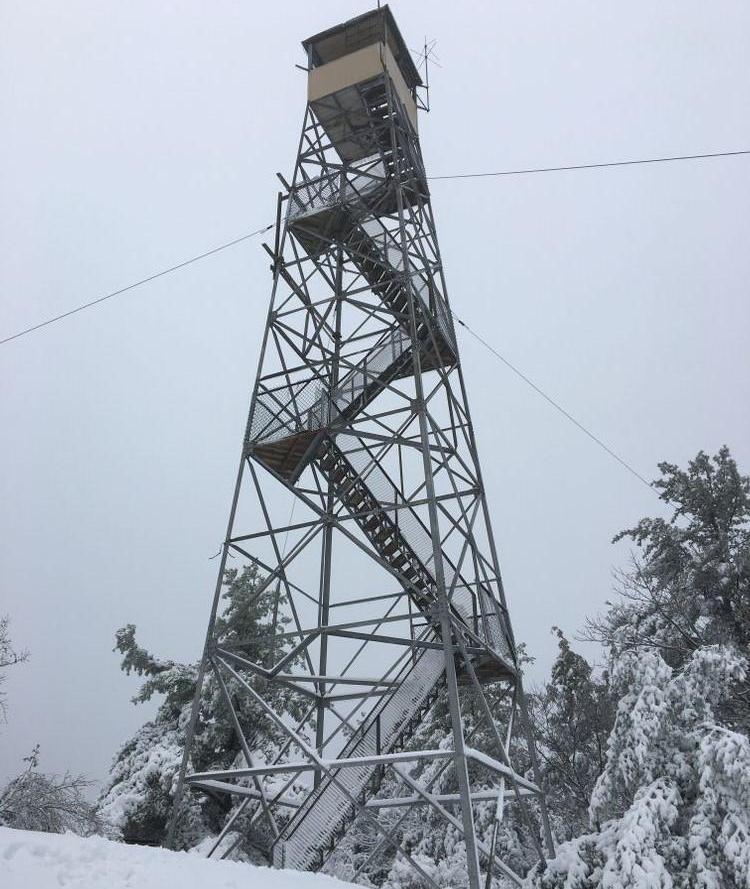 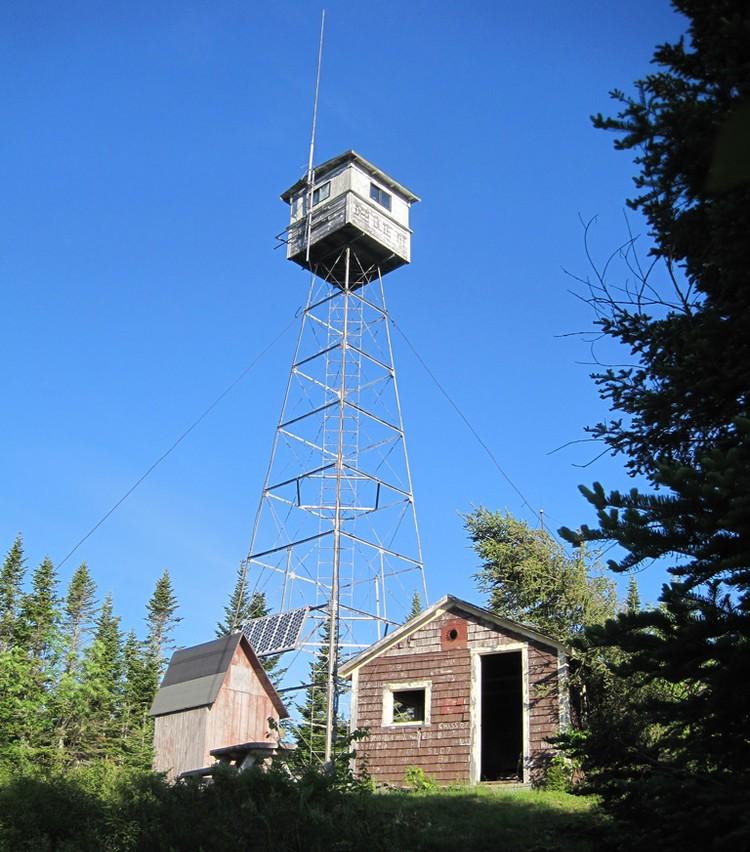 From the tower at the summit of Deboullie Mountain, it isn’t hard to imagine what the fire wardens saw as they scanned the horizon for signs of smoke. The sprawling forests, lakes, and rivers of northern Maine are spectacular not just for their individual characteristics, but for their contiguity and combination. Besides the incredible views from the summit and tower, Deboullie Public Land offers hiking loops through forests, along ponds and near ice caves.

Mount Kineo may be a little difficult to get to, but the dramatic views of Moosehead Lake from the tower at the summit are well worth it. The tower, now converted with a viewing platform, was used through the 1960s by the Maine Forest Service. Although spectacular, the tower and the views are not the only attraction in Mount Kineo State Park. Due to its unique geology, the Kineo landform has been incredibly significant to the natural and cultural history of the region, including in the tools and stories of the Wabanaki Nations. 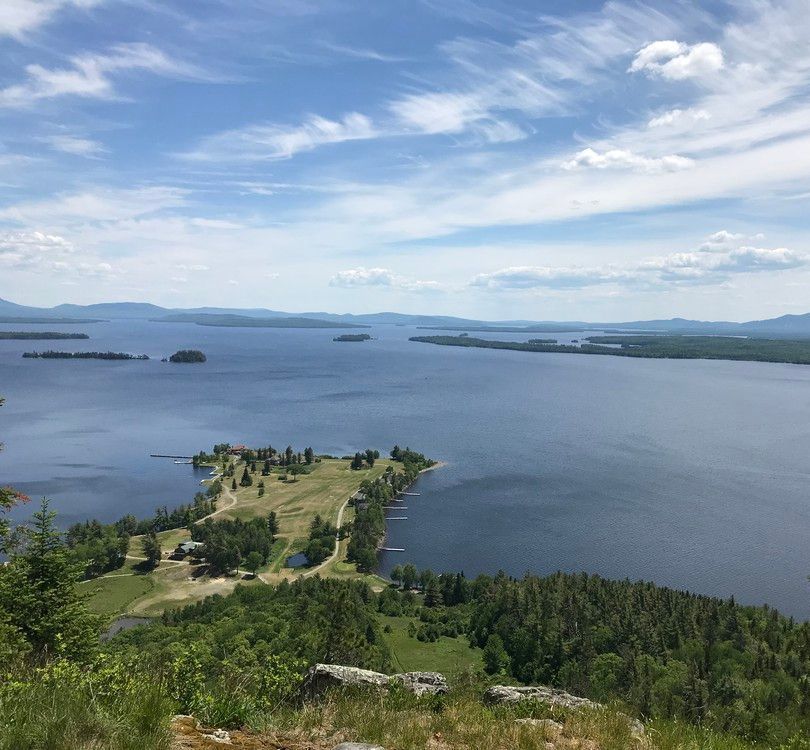 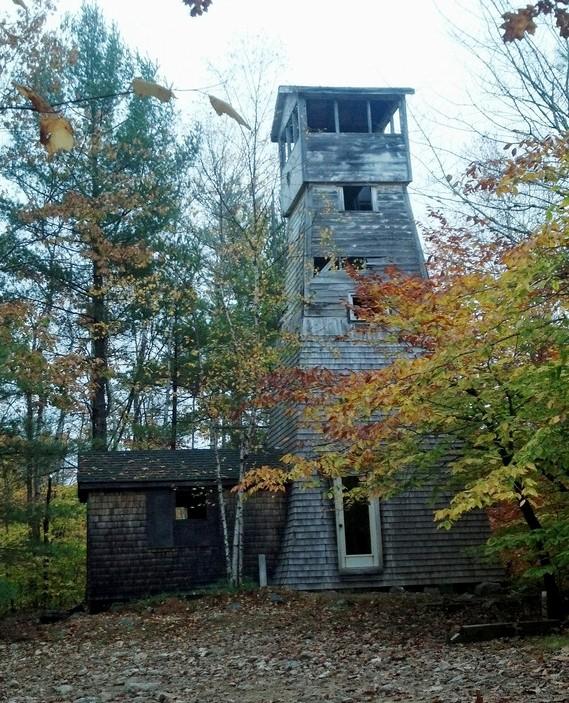 This two-mile loop trail in Grand Lake Stream on property owned by the Downeast Lakes Land Trust starts at the Grand Lake Stream Fire Tower then loops through woodlands and wetlands. Built in 1934, the tower is the oldest standing wooden fire tower in Maine. Although the views have mostly grown in, the remains of the tower shows how important forest protection has been to the history of the village. Unfortunately, due to structural and safety issues, the tower is NOT safe to climb.

Which fire tower is your favorite? Would you like to spend a summer as a fire warden watching the forests every day?

Let us know below in comments!

Recent Articles
Enock's Winter Adventure Gear Tips
Enock's Adventures: Ellsworth Area Trails
Enock's Adventures: Giant's Stairs
Enock's Adventures: Jay Area
Search Stories
Comments (1)
Please Log In or Create Account to add comments.
kimpye
I've been to Pisgah and Mt Blue on this list many times but none of the others here. Have also visited the ones on Ossipee Mtn. in Waterboro and Streaked in Buckfield and a few others. No favorite, fond of them all. Any time getting to or enjoying the view of any summit is fine by me. Have to say though I'm not a fan of all the cell phone towers and windmills kind of spoiling the views out there now. It is what it is I guess.
PRINT STORY
SHARE THIS STORY
Join In on the Fun!
Log in or create an account below to unlock all the great features of Maine trail finder: keep track of trails you want to do, preserve memories of trails you’ve done, earn badges, and more!
Your log in attempt was not successful. Please try again.
Don't yet have an account?
Create Account
There was an issue with your submission. Please try again.
* Indicates required field
Already have an account? Login here
Enter your username, and we will send you a new, randomly generated password to your email account.
There was an issue with your submission. Please try again.
Login here