If you want to get off the roads and onto paved or gravel bike paths, Maine has plenty of adventures to offer – and we’re not just talking about the famed carriage roads at Acadia National Park! Whether you’d like to cycle through the ocean breeze, catch a glimpse of a riverside moose or learn about the history of Maine, there is a bike path waiting for you.

Here are a few of our favorites with descriptions listed under the map! 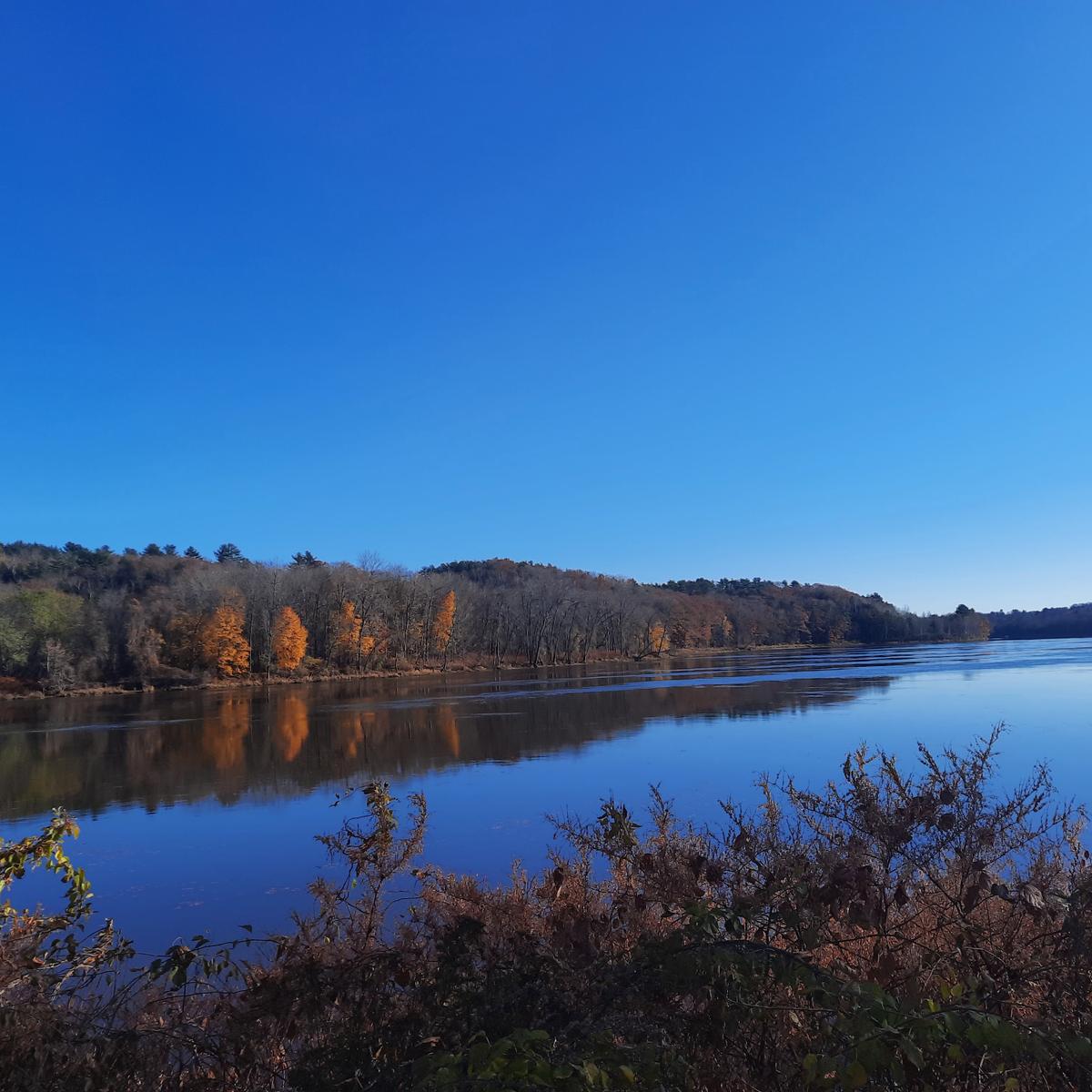 The Kennebec River Rail Trail skirts the mighty Kennebec River starting from Front Street in Augusta and traveling south to the Hannaford Plaza in Gardiner. There are many access points as well as opportunities for an ice cream cone or refreshment along the way. Keep an eye out for a big splash in the river – it could be a sturgeon jumping! 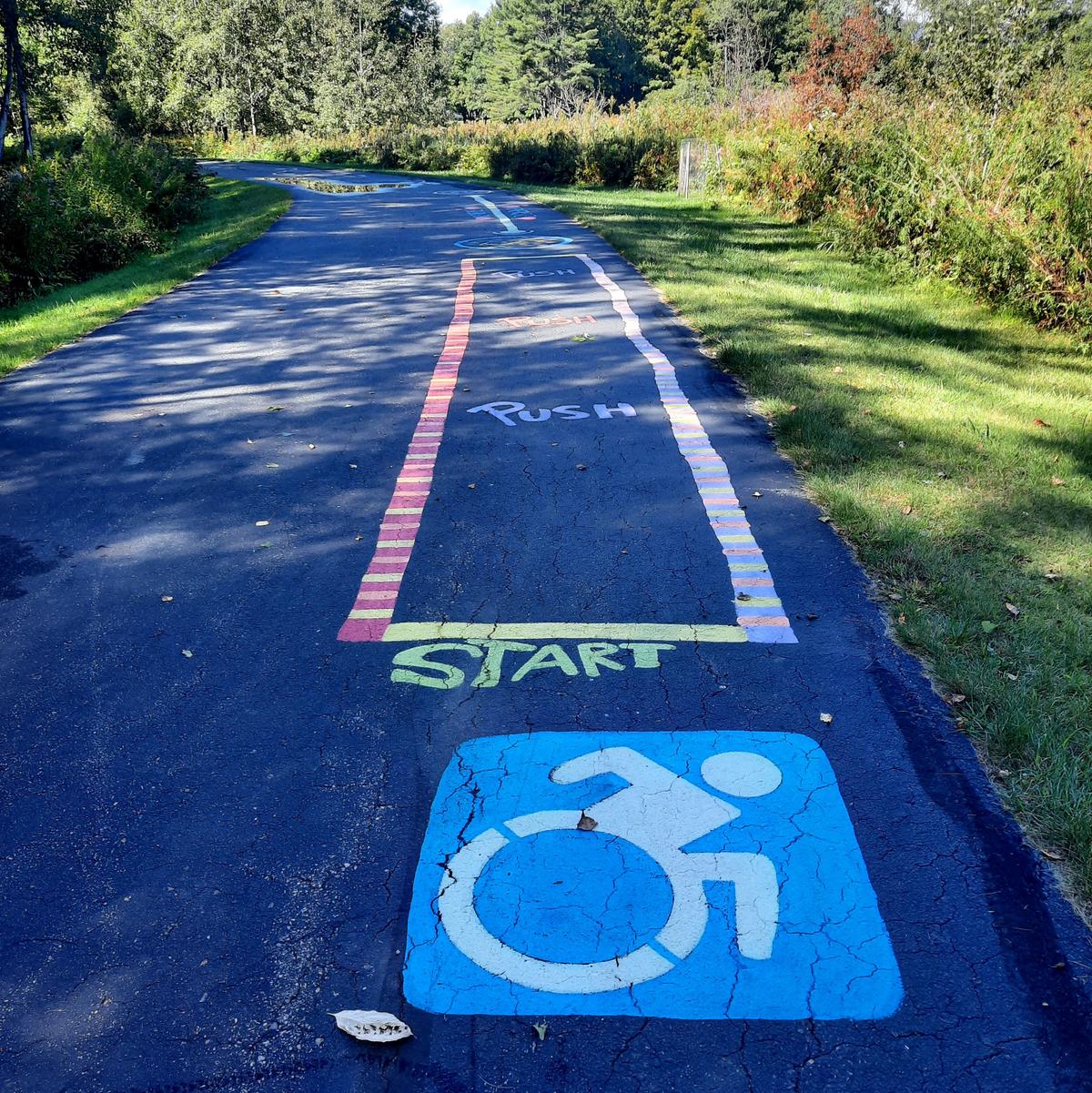 The Bethel Pathway follows along and then crosses the Androscoggin River as it makes its way through Bethel. The middle section of the pathway, from Davis Park to North Road, is paved. The two ends of the pathway, from Davis Park to the middle school and from North Road to Valentine Farm, have a crushed gravel surface. There are plentiful views of the river and the western Maine mountains along the way. 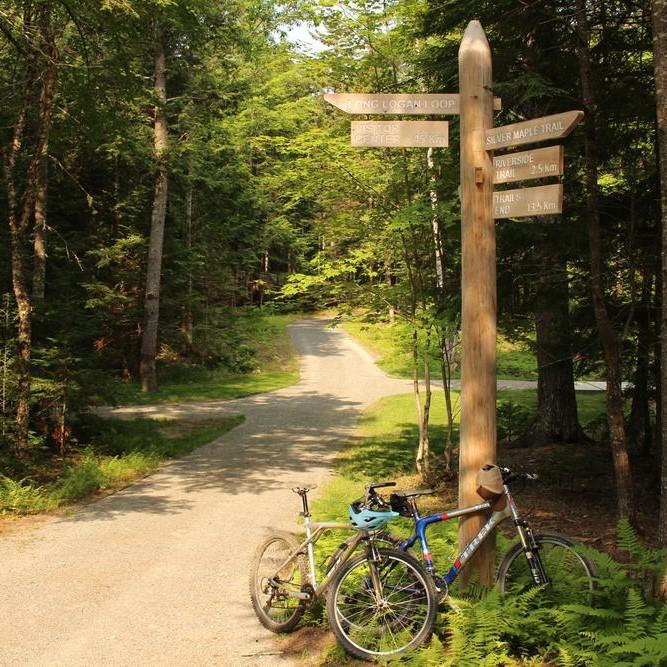 The Penobscot River Trails have quickly become a go-to destination for biking in the summer and cross country skiing in the winter. The hard-packed gravel trails follow rivers and streams, cross through marshes and bogs and meander through many types of forests offering all the best sights of the northern Maine forest. Stop in to register and learn more at the visitor center. 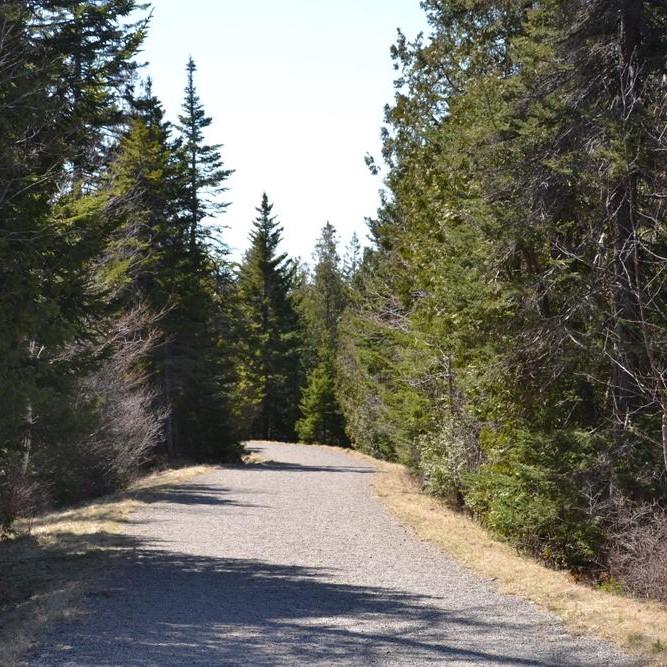 Just across the bay from Mt. Desert Island, the bike paths on the Schoodic Peninsula offer plenty of stunning views of the famous peaks in Acadia National Park as well as the coastline and ocean. There are multiple loop options and destinations within the network as well as access to Schoodic Woods Campground. 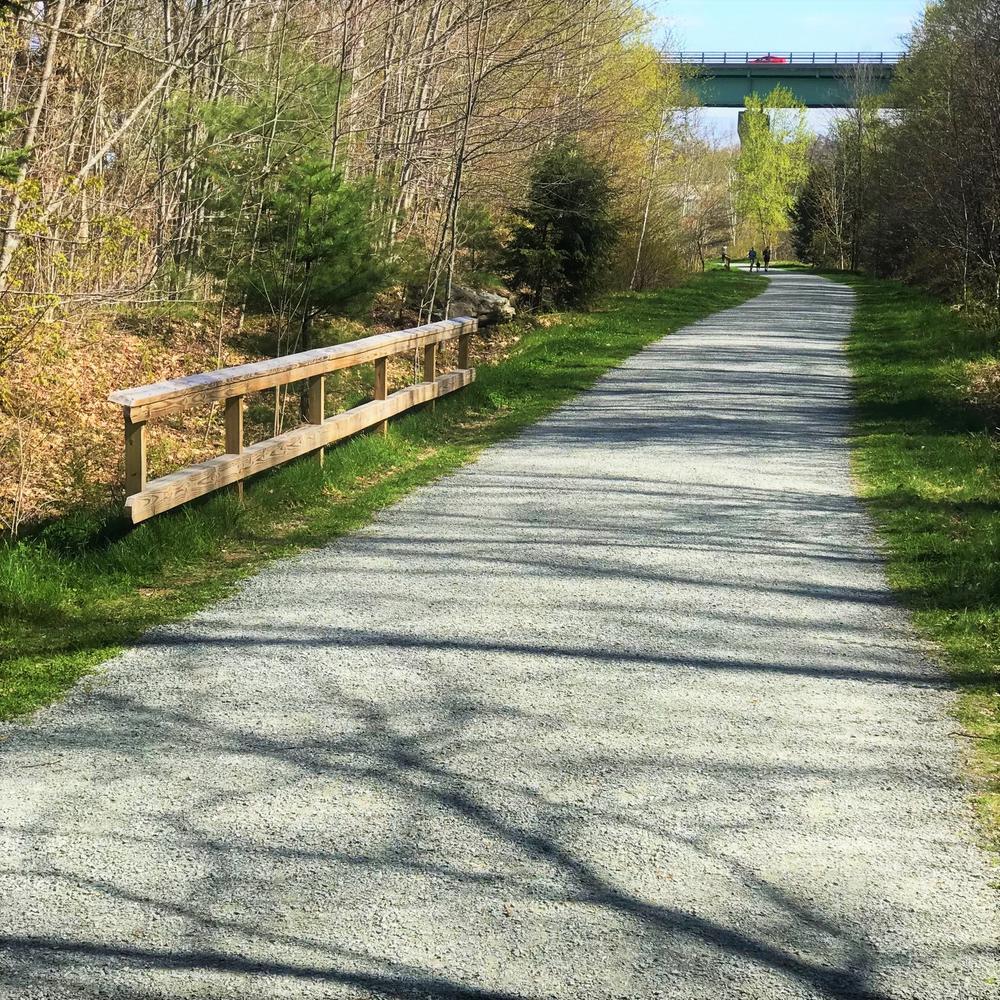 Starting in downtown Belfast at the end of the Belfast Harbor Walk, the Belfast Rail Trail follows the Passagassawakeag River north to City Point. Along the way, cyclists will have plenty of views of the river as well as chances to see wildlife who enjoy the water. Enjoy a casual ride before or after dining or shopping in Belfast.

Many people enjoy these trail whether on foot, bike, ATV, horse or being pulled by their dog in a sled. Always be aware and respectful of other trail users. 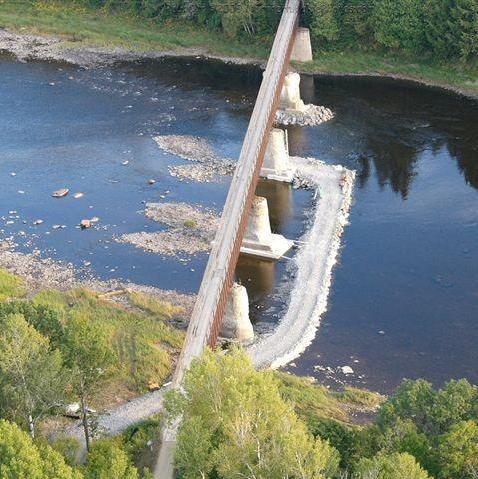 The Aroostook Valley Trail connects the towns of Presque Isle, Caribou, Washburn, Woodland and New Sweden as it passes through the heart of Maine’s potato farming country on a converted railroad bed. Enjoy the unique blend of pastoral and forested views found only in the County! 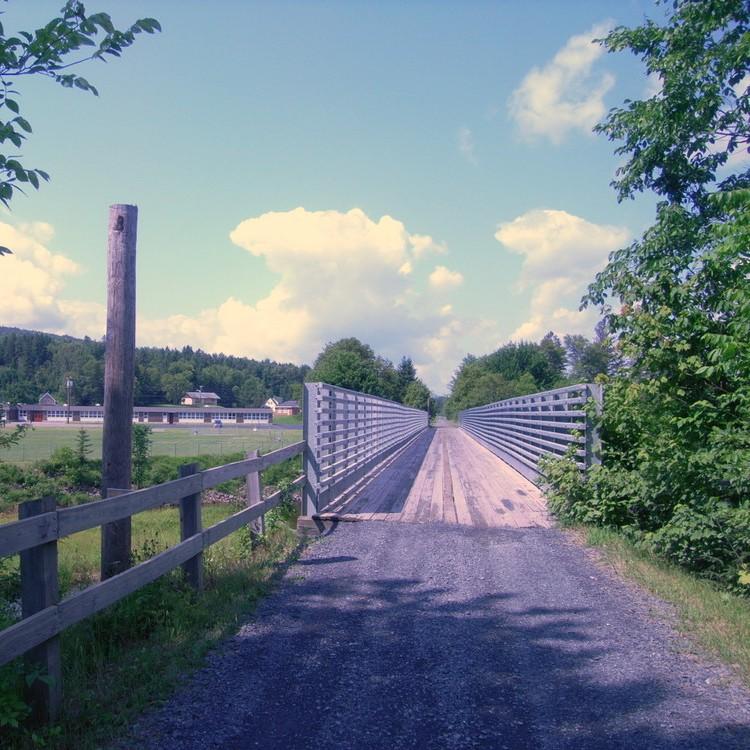 You can enjoy views of two countries as you bike the Saint John Valley Heritage Trail, which runs along the St. John River which serves as the border between Canada and the United States. Stop in for snacks in Fort Kent, enjoy a picnic along the way and learn about rail history at the B & A turntable near Saint Francis. 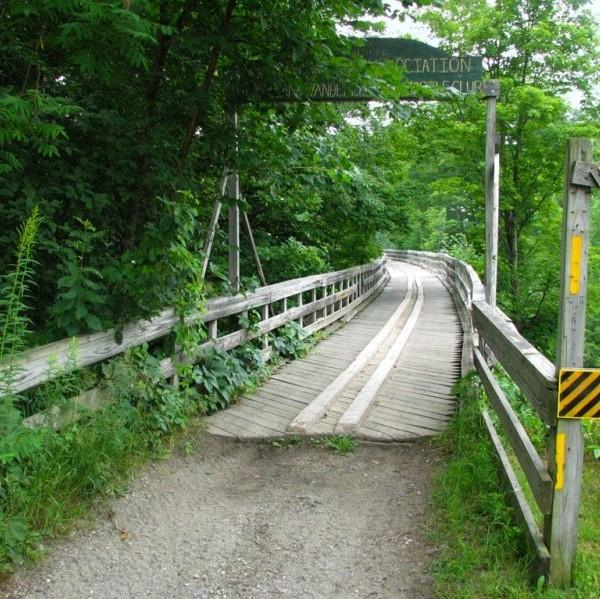 The Whistle Stop Trail connects Farmington to Jay with a jaunt through Wilton along the way. It passes through forests and along wetlands and creeks for plenty of chances to enjoy natural beauty. Stop in at one of the many stores along the way for refreshment or take a quick detour to dip in Wilson Lake. 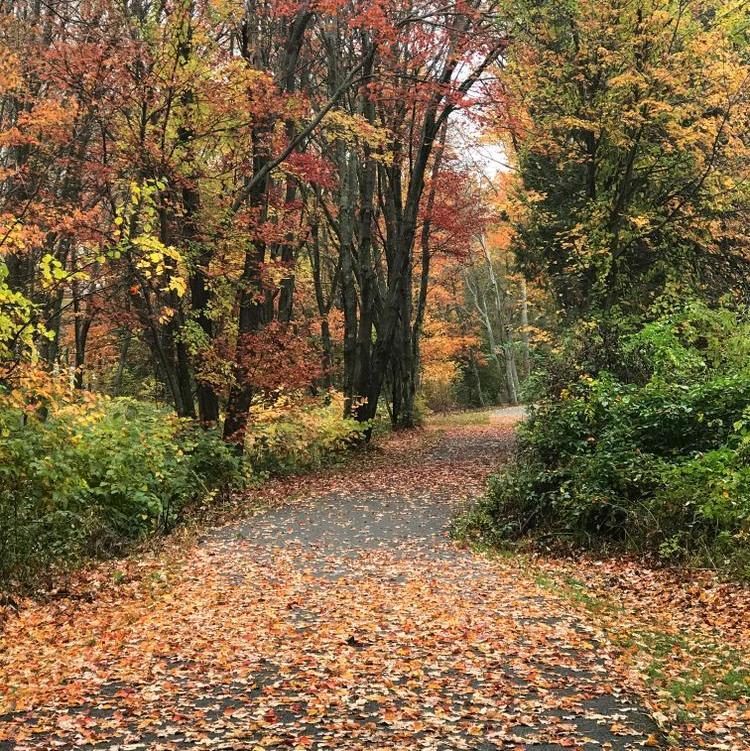 The Eastern Trail links bike paths and low-use roads to create a bike route from Kittery to South Portland. Check out the off-road segments from Saco to Scarborough, Kennebunk to Biddeford and the Greenbelt Walkway in South Portland. If you’d like to explore even further, the Eastern Trail is part of the East Coast Greenway, which connects bike paths up the eastern seaboard from Florida to Maine! 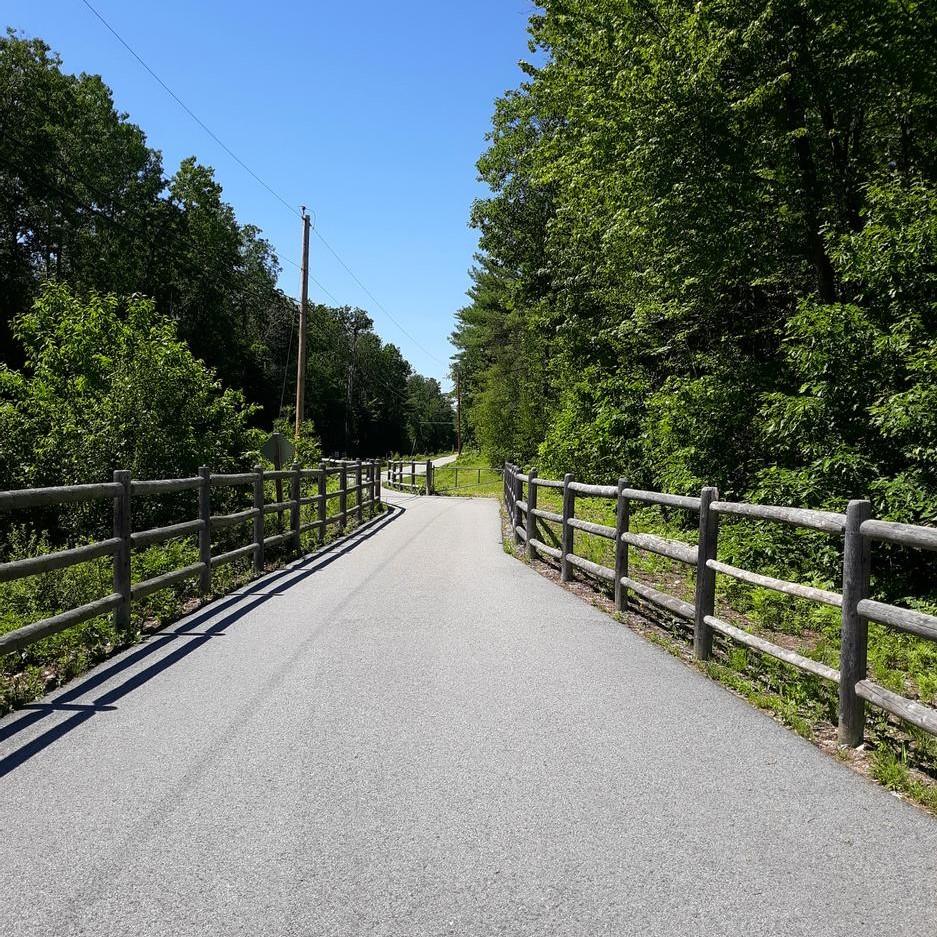 The Mountain Division Trail will follow the Mountain Division Rail Corridor along the Saco and Presumpscot Rivers from Fryeburg to Portland and connect communities from the mountains to the coast. Currently there are sections open in Fryeburg, South Windham, Standish and Portland. To learn more and help make the dream of a 50 mile bike and walking path a reality, visit the Mountain Division Alliance website.

Many groups around Maine are working on expanding these and other bike paths and rail trails. Follow their work to find out about future developments. If you don’t see a path that works for you on this list, check out our popular search category, bike paths!